“There are so many people and stories that I will never forget…I have been touched by both births working in labor and delivery, and death and dying from ICU/CCU and NICU. The emotions I faced with the families left behind greatly touched me and changed me…I feel the pain I experienced [in my four decades in nursing] comes through in my writing.”

If you’ve followed my writing here on Orlando Mom Collective, you know I love books. I love stories that show our collective human struggle through our similarities but also through our differences. And, I love getting inspired by women who simply don’t give up. I feel extremely fortunate to bring to you the story of a retired nurse who, after putting her dream of being an author on hold for decades, became a published author during one of the most tumultuous years in recent history – 2020. And, when she was told no again and again by agents, she decided to take matters into her own hands.

If you like an inspiring story, historical romances, or are curious about the process of self-publishing, keep reading. I have lots to share with you! 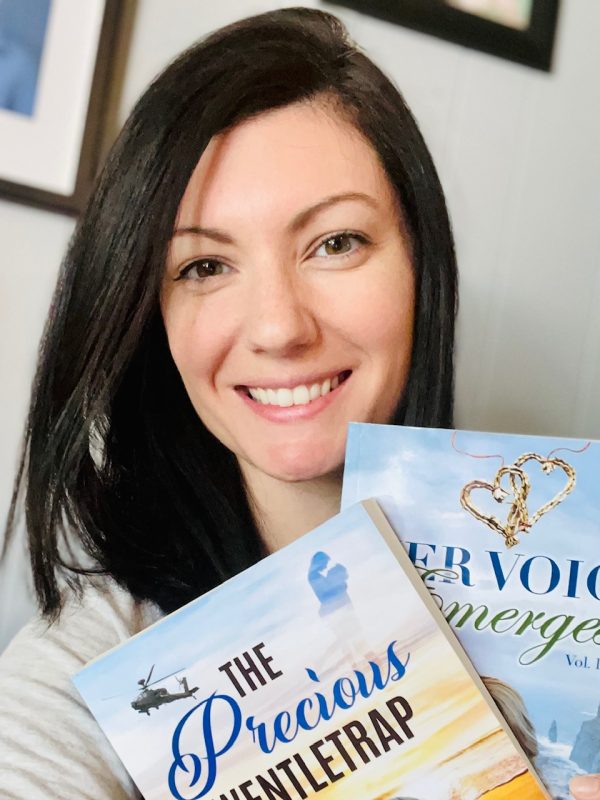 A Story Decades in the Making

Deborah Elaine Lindsay started writing her debut novel, The Precious Wentletrap, in the ’90s when she was working as a nurse in the intensive care unit. In the story, the reader follows a woman who served in the controversial Vietnam War as a nurse, as she comes to terms with the people she lost during the war, the onset of PTSD symptoms and facing her own truths.

But no one ever read the story outside of Deborah’s close family members and a few agents to whom she had sent the manuscript. In fact, no one read it for the next thirty years. Due to a painful divorce, raising four boys on her own for eight years, and not being able to find an agent to represent her, she decided to put her manuscript away. And for the next three decades, she felt it was too painful to take it back out. It was an era bygone. A time in her past that was too full of pain, and her manuscript only reminded her of this time. So, her the story remained untouched, and her dream remained unrealized.

So, she went on. She continued her nursing career, married the love of her life, and went on to raise six sons. But, as Deborah was coming to the close of her career in the medical field in early 2020, she knew something was pulling at her. She decided it was time to give her novel another look.

When she read her manuscript after so many years, it was clear it had to be updated. The original version of The Precious Wentletrap “was just a skeleton of the novel it is today,” Deborah wrote to me, and so she spent six months rewriting and reworking her entire story. And, when it was complete, the story of Maggie Taylor, a Vietnam War nurse that had started thirty years ago, had become what it was always meant to be: The Precious Wentletrap, a historical romance novel full of flashbacks, heartbreak and the harsh realities of war. 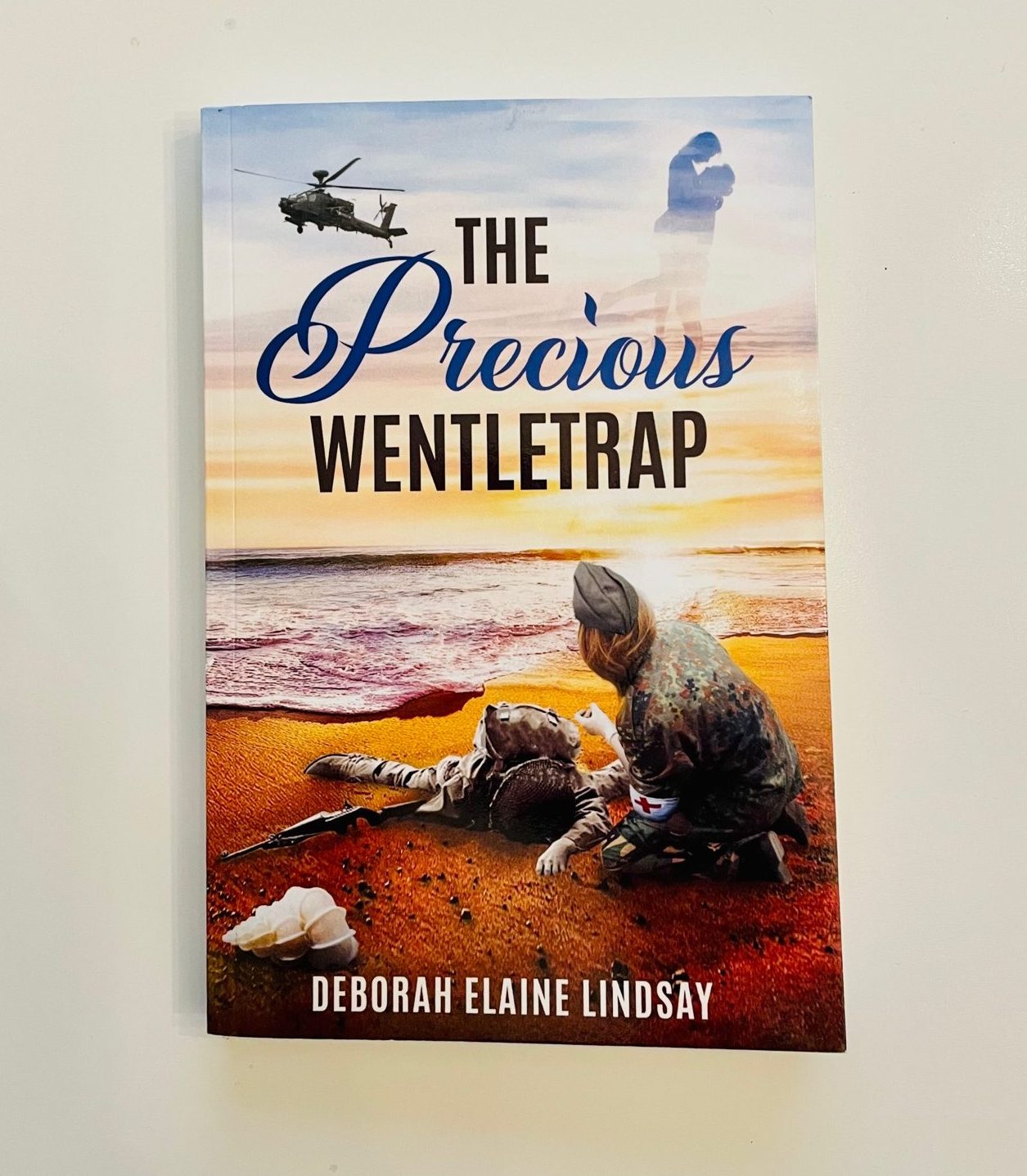 The Road to Self Publishing

But after Deborah was done writing and rewriting her manuscript, ready to share with the world her beautifully written story (with a fantastic ending, might I add), she hit the same roadblock she did when she first started Wentletrap years before. After multiple attempts to find an agent, she finally looked for other options. And, thankfully, she learned about Amazon’s self publishing program – and went with it.

Along with the help of her sister’s editing skills and apps such as Scrivener and Kindle Create, The Precious Wentletrap came to life. And so did Deborah’s dream.

She continued to write – and now has her eyes set on a new historical romance ten-book series. 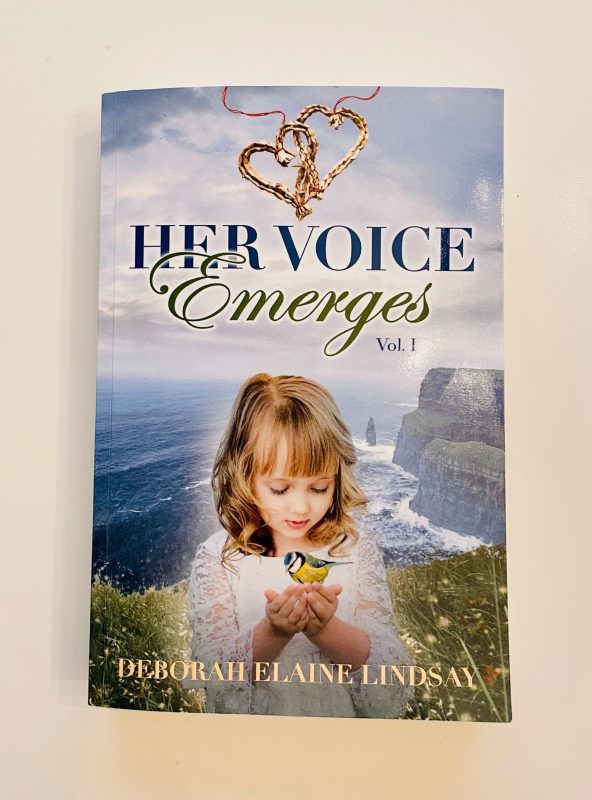 Q&A with the Author

Deborah was gracious enough to answer a gazillion questions from me. Some of her answers are peppered throughout this post, but here are some more Q&As, all about writing, self-publishing and having a cheerleader in your life.

I first began to write seriously when I was a nurse working in intensive care.  Unfortunately, in this high risk area, I did experience the loss of many of my patients’ lives.  The emotions I faced with the families left behind greatly touched me and changed me.  I feel the pain I experienced comes through in my writing.

Can you give our readers a brief description on how you went about self-publishing?

I tried to find a publisher by procuring an agent back in the early 1990s.  At that time, The Precious Wentletrap was just a skeleton of the novel it is today…I was proud to have received back some substantial letters from a few agents, but no one was willing to take me on. I spent six months totally re-writing the novel.  It is really a different book than it was in the early 1990s when I initially wrote it.   Times have changed.  When I felt my novel was complete, I looked into publishing and found that Amazon self publishing was an excellent choice.

What’s your best piece of advice for an aspiring writer who also feels overwhelmed by the writing process?

Be patient with yourself.  Spend time just mulling ideas over.  Think about what you are comfortable sharing and what you are passionate about.   That is what you want to write about.   I feel a book without passion is not worth reading.

I find it easiest to outline my novel in broad strokes first.   The entire “Her Voice Emerges” was outlined on just three pages.   I then begin typing and try to work for several hours per day.  When I really get into it, I find the hours passing without me being aware.  I sometimes forget to eat and find I have been typing for 8-10  hours.   I do rough chapter first.  I don’t stop to correct, but just let my thoughts flow.  I always go back and rewrite many times before moving on to the next chapter.  In essence, my novels are written one chapter at a time.  The ending changes as I go…. I honestly feel my books have almost written themselves by what is fueling my imagination at the time.  I have general ideas but the actual words seem to sometimes be like a runaway train.  I love that experience and it can be very emotional.  I cry with my characters as I am telling their stories.  It is very cleansing.

How much research goes into writing a historical fiction novel?

I feel if you want to be a good historical romance author, you must do a tremendous amount of research.  I spend a solid six months or so just researching.   It is easier now than it was in the 1990’s due to the internet.   I did not have a home pc in the 1990’s.   I went to the library and found everything I could get my hands on written about and by nurses in Vietnam for “The Precious Wentletrap.”  I wanted to know what they felt, what they did, etc.  It is really their story and I wanted to get it right to honor them.

Everything is fictional in my book but there are real heroes mentioned such as Brady, the dust-off pilot who saved so many in one day.  I research everything from language, idioms, clothing, chores. architecture, toys, etc.   I want everything to be clear.   It’s funny, because in my next book, “Her Voice Whispers,” Hannah will be in London during her first “season.”  I wanted to have her attend a polo match, but the year is 1835 and it wasn’t yet played in London….  This is just one example.  Another example, in “Her Voice Emerges,” the men are playing pool, but I only know American pool.  I had to research and learn all about the game played in Ireland and England in the early 1800’s.  The photo of Ryleigh and Avery shows the game of Graces that I researched for Her Voice Emerges.  That was a popular game in Europe in that period.

Wondering about the Game of Graces Deborah mentions above? It was a game in the 19th century that was geared toward girls to help them practice having “grace” in the way they moved. Deborah played this game with her family over the summer, and they all had a blast! 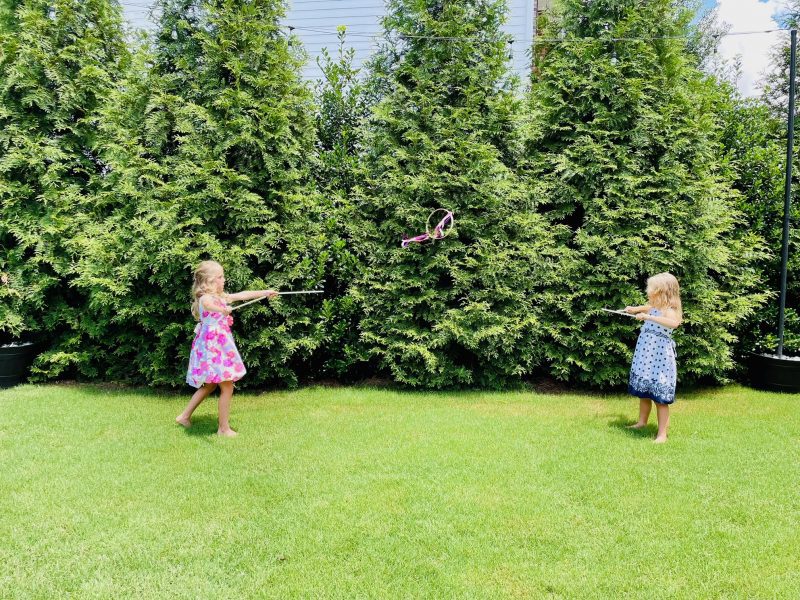 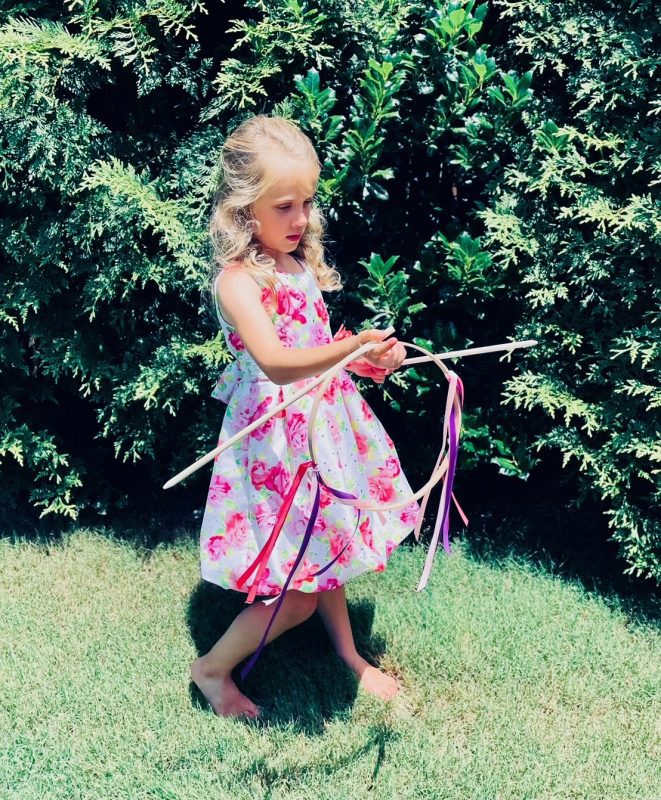 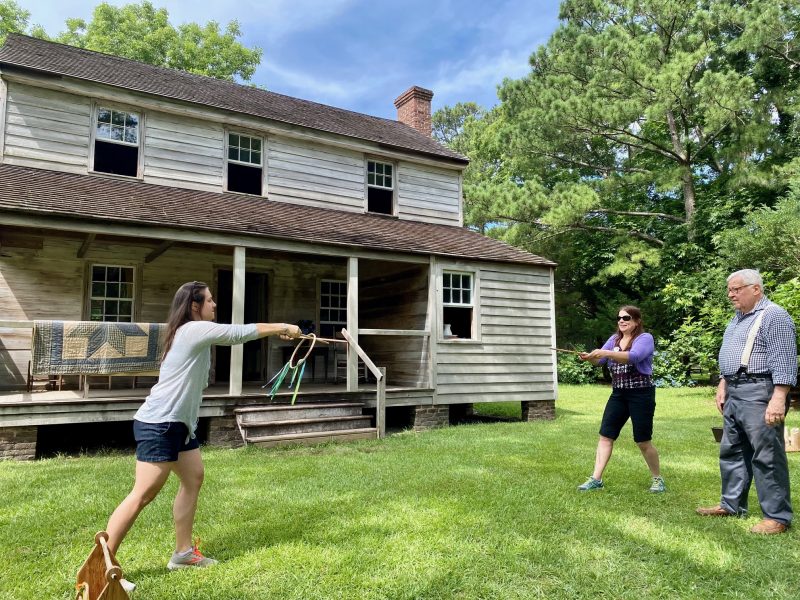 Who’s your biggest cheerleader? What does that person do to cheer you on in your writing career?

My sister is my biggest cheerleader.  She is also my editor.  My husband is also very supportive.  He puts up with me when he becomes the writer’s widow.  I try to only write in the cold, dreary months so we can enjoy the warm months together.

In hindsight, is there anything you wished you’d done differently in your early experience with publishing and/or writing?

I still wish I could find an agent and a publisher.  Perhaps, that would resolve my marketing trials and tribulations?

What’s one fun fact that your author bio doesn’t tell us about you?

I love Fantasy Football.  Being the mother of six boys, I have learned to adapt…I am in a league with just family (sons, nephews, brothers, etc. There are 9 men and 3 women!).

After putting her dreams of being a published author to the side for years, Deborah plans to write. A lot. With a 10-book series on the horizon, with Vol. 2, Her Voice Whispers, in the early phase of writing, Deborah has a lot of that still to do – and she’s more than excited to continue on this journey. She still hopes to have an agent some day. That dream is another she hasn’t given up on. But agent or not, nothing’s going to stop her from continuing her storytelling. And we’re so excited to watch this blossoming writer find her own voice.

On a personal note, women like Deborah inspire and keep my dreams alive too. As a mom, I know all too much how easy it is to put our personal dreams on the back burner, tell ourselves we’ll get back to it some day. And all too often, some day becomes this time that’ll perpetually be in our futures, just out of reach. But women like Deborah remind us that we have gifts to share, stories to tell, and a voice all our own. Some day is today. Go chase your passion, mama. 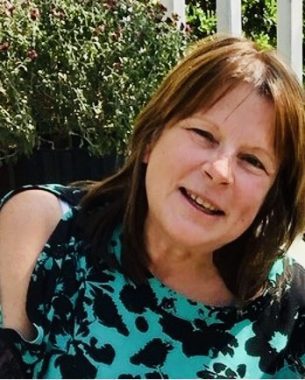 To learn more about Deborah’s books, check out her Amazon Author Page!

P.S. We’re giving away TWO copies of each of Deborah’s books on our Facebook and Instagram pages. Giveaway closes Wednesday, 9/8, at 8:00 p.m. Be sure to enter!