So, I got a little lenient on some things during quarantine. When the world started its journey of flipping upside down and we all collectively entered into the Twilight Zone, I started feeling overwhelmed like so many others. To calm the overwhelm, I told myself that certain things were fine to relax: my weekends-only drink rule, my snacking habits, my makeup and hair standards, and…my morning routine. 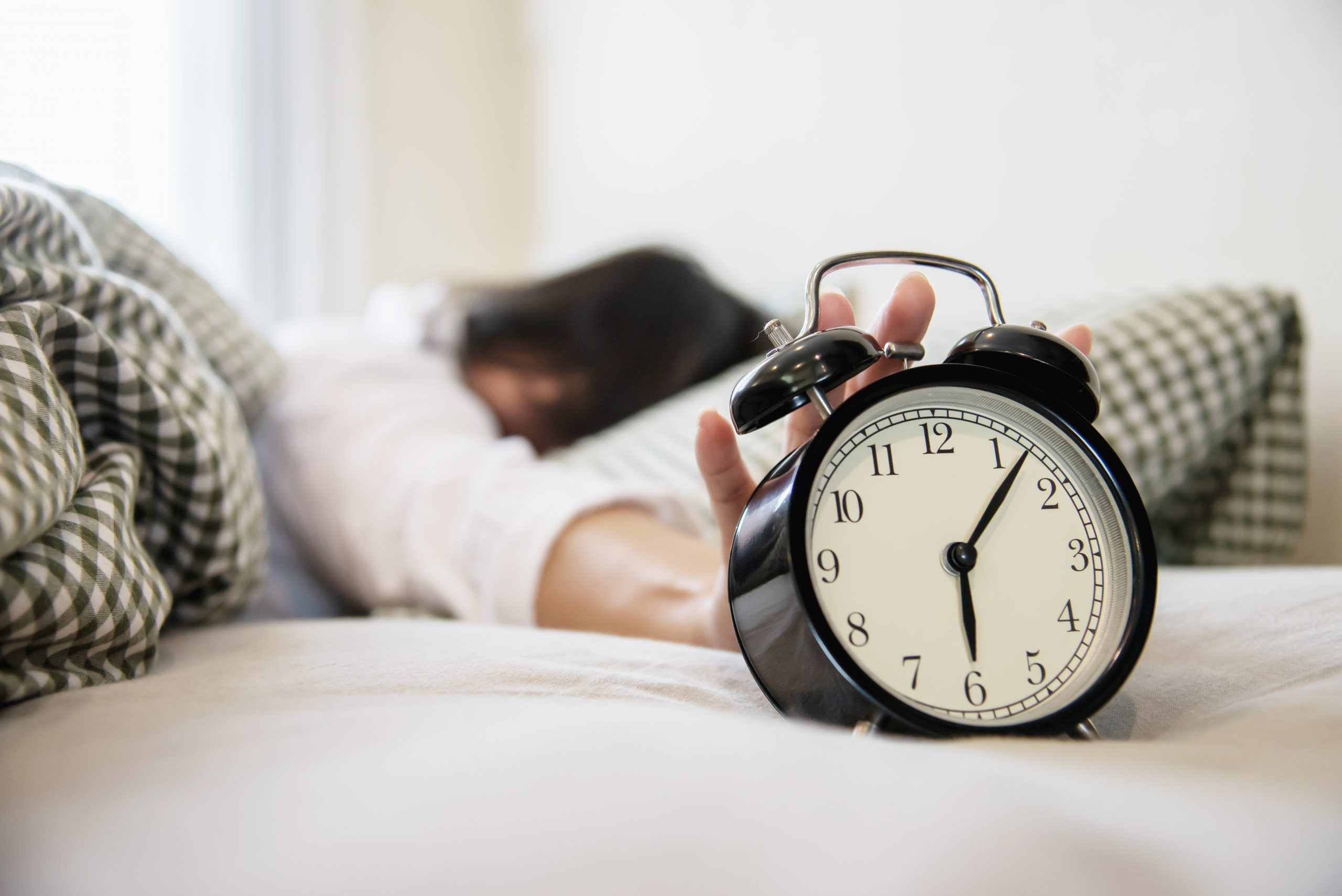 I basically threw my morning routine out the window in April and I hadn’t seen it since. Up until that time, I used to get up early, enjoy a quiet cup of coffee, read or write, then get on with my day. While I totally stand by letting some priorities go to make room for the chaos going on right now, I thought I was doing myself a favor by becoming lackadaisical on my morning routine. I was “treating” myself.

I was totally wrong.

Here’s what a typical morning has looked like for months now:

I thought I was treating myself by having this lax morning routine. But I started to get grouchy and I was ignoring the fact that I felt like I was playing catch up once I got out of bed. I was also developing headaches from clearly being dehydrated and felt “foggy” by early afternoon. Mood swings ensued.

Here’s a hard truth: routines are a form of self-care.

I had completely let go of mine, and I was suffering for it. My mornings were no longer a time when I could prepare my mind and body for the day ahead. Instead, my mornings were controlled by someone/something other than me. They were being molded by my child, my phone, and the literal time on the clock. I wasn’t owning my mornings.

This wasn’t me. I’m an early riser. I like to wake up slowly and quietly. I don’t like feeling rushed. And I am most creative first thing in the morning, which is why it was my ideal time for writing, journaling, reading, stretching, etc., and none of that was happening anymore.

One thing that I’m guilty of doing this (crazy) year is saying, “Life is tough right now, so it’s fine to let go of some standards, routines, and priorities.” It was a way of saying I was caring for myself by letting some of the rigidity of my life go. And, yes, to an extent, I think that philosophy made sense, but what if all that lackadaisical living begins to hurt you more than help you? Routines, schedules, priorities, and standards set you up for success. It allows you to dictate your own tone for the day – not a phone, not your lack of time, not your child (more on that down below!).

It was time to reclaim my mornings. 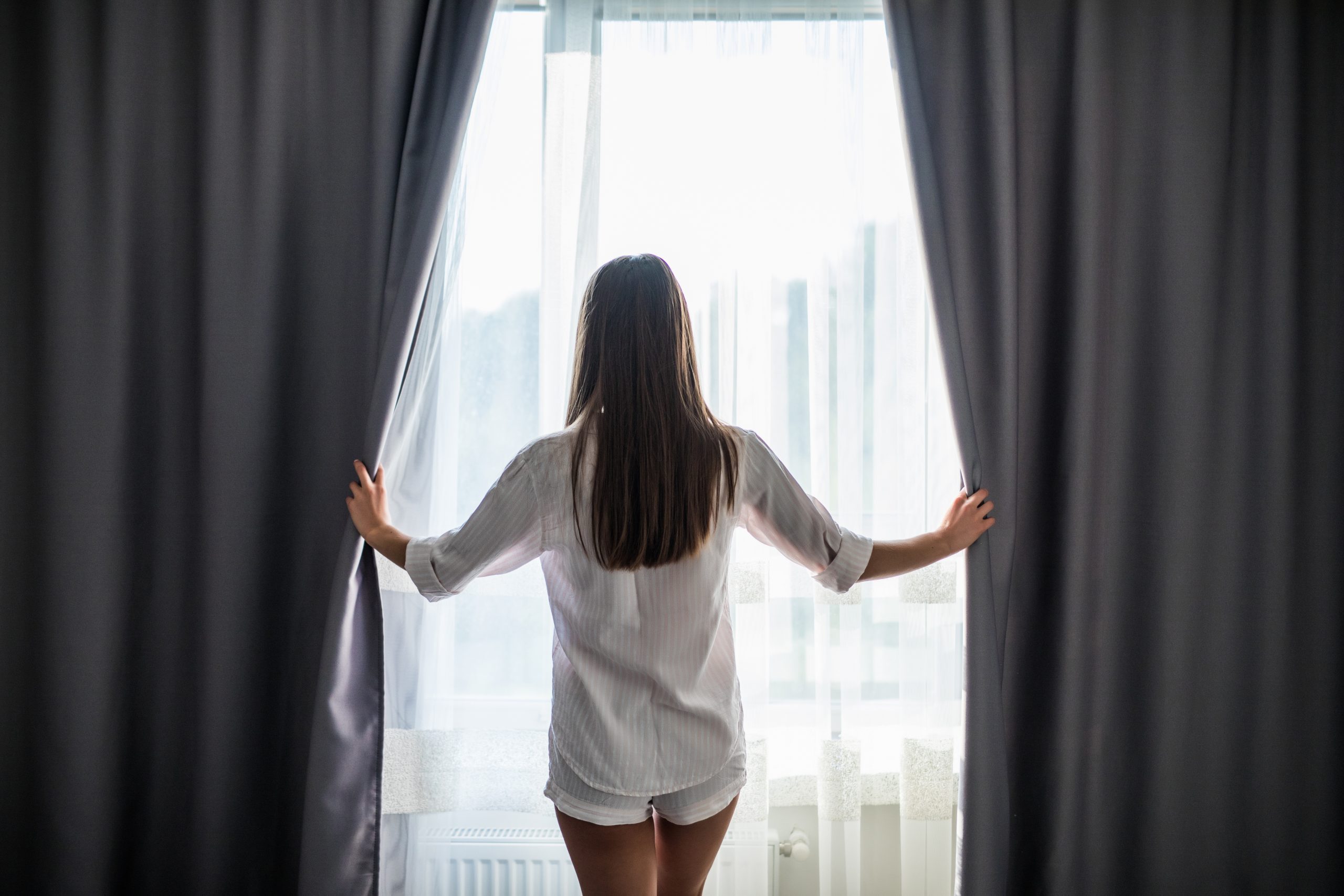 First, here’s what I did, and then I’ll share some suggestions for how you can do the same.

I decided that, for five days, I would change some things about how my mornings went.

What did I want out of this? I wanted to rebalance myself. I didn’t feel centered in the mornings. I felt like my emotions were flung this way and that depending on what post I saw on social media. I developed the habit of clenching my jaw as I ran around walking the dog and getting breakfast ready in the morning. I also was developing a sharpness in my tone to others that I didn’t like but also couldn’t seem to control. (After much reflection, I realized that this was due to me having no time to do the things I wanted to do that were just for me.)

I decided to post this on social media (after an hour of no phone, of course) and called it Operation No Phone (in the Mornings) for accountability. I knew I would need it because I was basically asking myself to get up more than an hour earlier than I had for a few months, and I was asking myself to use my brain early in the mornings again. Establishing (or reestablishing) habits and routines is not easy.

The results were pretty awesome. Yes, the first couple of days were tough to get out of bed earlier than normal, but the improvement in my mood made it totally worth it. By the time I had to hop into Mom Mode, I felt like I had already done something for just me, so I felt like I had more to give to others. My body was feeling better too now that I was hydrating it instead of dousing it in caffeine.

Want to reclaim your mornings?

Here are five easy ways to make your mornings better!

1. No phone for the first hour of the morning.

By not using your phone for the first hour, you are setting the tone for your own day – not social media, breaking news stories, or email. All of these things can be part of your day, of course, but not the thing that hits you right after you open your eyes. If you don’t have an hour in the mornings that you can designate “no phone” time, that’s okay! Commit to thirty minutes, or however much time you have. The goal here is to take back control of how you begin your day.

2. In lieu of phone time, wake up and do something that is meaningful to you.

What fills your cup and balances you out? Reading, stretching, exercise, journaling, meditating, drinking a cup of coffee in silence while staring at a wall? Whatever it is, use the first hour of no phone time to do a few of these activities. Personally, I use this time to read and write, which are two major personal priorities of mine. What are your personal priorities? Try out different activities and see what calms and centers you.

3. Don’t worry about getting up *before* the kids, but have a game plan.

If you’re trying to “get up being the kids” to enjoy some solo time, odds are your kids will activate their sixth sense and wake up early that day with you. Then what? Sigh and say, “Oh well, I tried,” and go directly into Mom Mode? No! Set yourself up for success: accept the fact that your kids might wake up during your solo time in the mornings and have a game plan. Have a couple go-to activities for them to do independently while you continue your solo time. Set the expectation that you are not completely “available” yet, and allow your child to quietly play, browse some books, or even watch a television show with the volume low. (This might take time and a few tries. Don’t get discouraged! If your kids are old enough, sit down and explain to them these expectations to give them a heads up.) When my son sees that I am still reading or writing when he wakes up, sometimes he just crawls onto the couch with me and lays quietly, cuddling next to me, and I carry on with that I was doing.

Guys, I can’t express to you my love of timers enough. Laura Tremaine, an author and podcaster, gave this little tidbit about setting a timer to develop a reading habit, but I’ve learned that it works with just about everything. Let’s say that you’ve identified your personal priorities as: yoga and journaling. When you wake up, especially if you feel like you need structure during your new mornings that you’re crafting, I strongly suggest setting a timer for, say, 20 minutes, to complete your first activity (yoga) and then resetting it again for 20 minutes your second activity (journaling). This works with whatever time frames work into your schedule. The first week I recrafted my mornings, I used the timer to give myself clear guidelines, but by week two, I didn’t feel like it was necessary anymore. A timer is like training wheels for a new habit – eventually you’ll lose them, but they keep you upright and pedaling at first. I really, really mean it when I say using a timer is a game changer.

5. Limit your caffeine and hydrate. 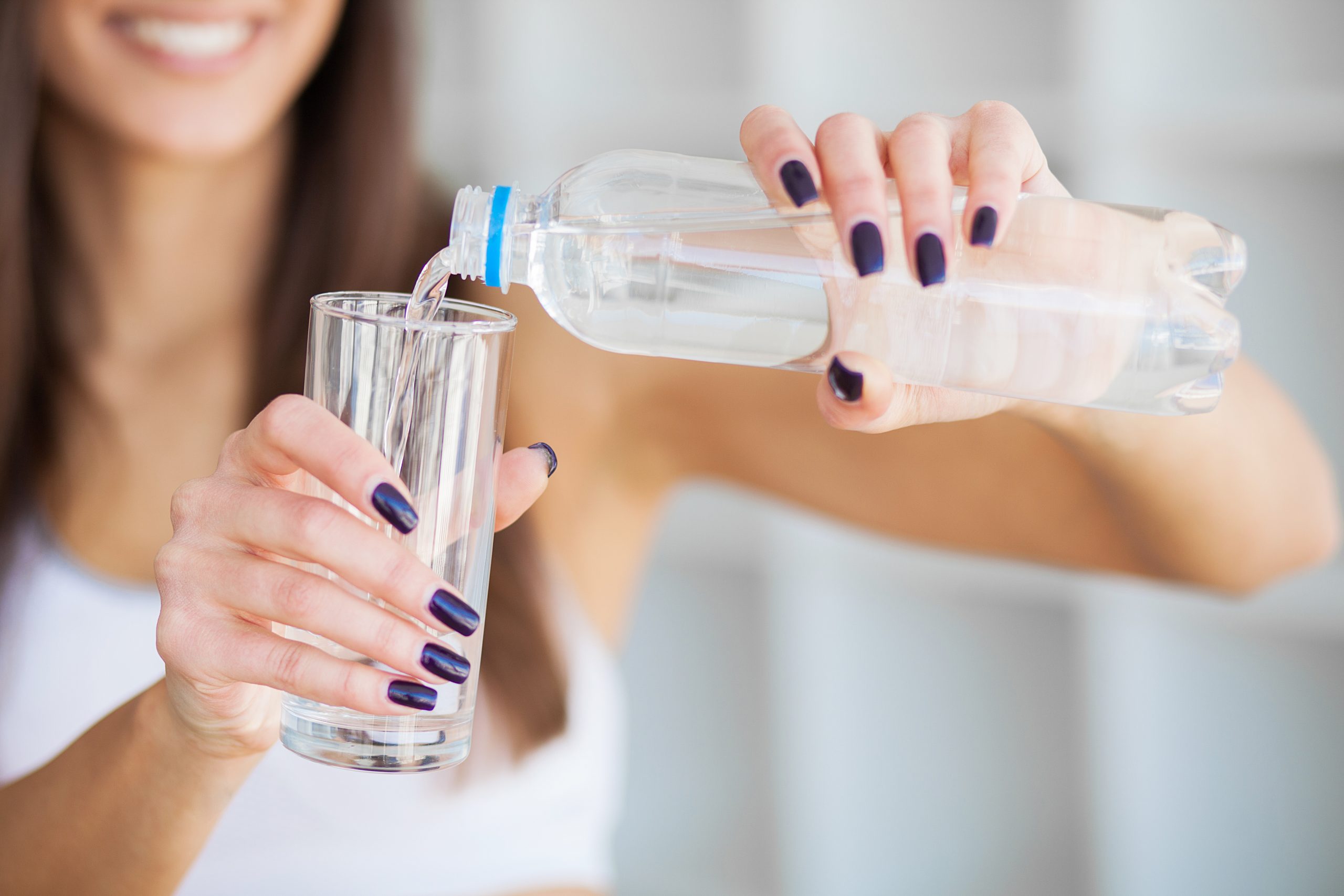 Look, I am a coffee lover forever and I’m not telling you to put down your cup of joe. (I would never say anything so mean to you!) However, I am saying that maybe reevaluating how much you’re having, and then trying to down a full cup of water before your day really gets going might make a difference in your mood and how your body feels. Hydration is a totally undervalued superpower that allows us to think clearly and feel good. (It only took me until my 30s to realize this.) As mentioned above, I went from 3-4 cups of coffee and virtually no water in the mornings to 1-2 cups with a big cup of water, and it really has improved how I feel overall.

You might be thinking: This is all great, but what if I’m not a morning person? I hear you. These tools listed above might also be adapted to use in the evenings too. However, as a mom, I know that the day can get away from me. I’ve found that if I allow myself some solo time in the mornings before the mad rush of the day, no one can take that away from me. If I wait until, say, 2 o’clock in the afternoon, to get in the reading, usually something will come up and prevent me from getting it done. Also, I’m really stressing here that setting your own tone for the day is a super powerful mood-altering choice. I found that when I took back control of my mornings and didn’t allow the outside world (via my phone) to set the tone, I felt more confident and calmer throughout the day.

Times are not normal right now. The world is heavy and we can all feel it. It’s completely fine to accept that it’s impossible to run at 100% capacity in these circumstances. It’s okay to let go and be a bit more lax than usual. But remember: letting go of all of your routines, standards, and priorities doesn’t always equal self-care. When you’re feeling moody and unbalanced, take a second to reevaluate your days and what you can control.

You can’t control the world around you, but you can craft a morning that allows you to be the very best you, no matter what life throws at you. Yes, even in a pandemic.