For being almost 2 years old, Aston is still very shy and attached and although he has two older siblings, he does not really play well with other little kids. I’ve been trying to combat his shyness by taking him to the gym and leaving him in the daycare with the other kids, but all he does is cry… non stop… the whole time… and to the point that I wonder if part time pre-school in the Fall is maybe not such a good idea. So, when I came across Kinder Kicks, I figured I’d give it a try. Being able to play and interact with him and other kids might be better than what I’ve been doing.

So, Kinder Kicks is a program developed for parents and children to exercise, learn and play with a martial arts flair. Aston joined the group called “Jumping Joey”, a special group designed for 18 month to 3-year-olds. The perfect age range for him.

Just by attending one class, I could see that he is very interested in playing with the other kids. He still stuck to me most of the time, but there were a few moments that he let go to chase bubbles, kick the ball, run in a circle and knock down a stack of mats.

There is a curriculum along with some free play. Teaching the kids balance and concentration was a focus this first class. And believe it or not, most of the kids were actually doing as instructed! They have created a fun way to engage the little kids, all while still teaching some fundamentals that they will carry through life.

Hats off to you Kinder Kicks, this is amazing and I can’t wait to see how Aston does next week. 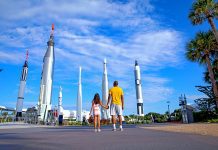 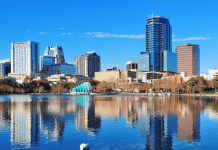 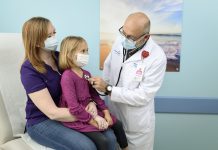