Marvel Universe LIVE! came to the Amway Center last weekend, and it was an incredible, action-packed  adventure show that kept us on the edge of our seats until the finale! The show is Marvel’s very first live-action arena event and is produced by Feld Entertainment. It features 25 super heroes and villains. We definitely were not disappointed, as we saw all of our favs, including Iron Man, Thor, Captain American, the Hulk, Loki, and the Green Goblin!

In this adventure, the Avengers band together to track down Loki and stop him from replicating the power source from the Cosmic Cube, which could threaten all of the universe. Along the way, the Avengers run into several other of their common foes and have to fight them off for the greater good.

Even though my little guy is just over 3 years old, he absolutely LOVED the show! We saw many other families there with children of all ages, and I have to say that I saw smiles all around. I loved seeing the kids AND adults dressed up in their favorite Marvel gear! When all the Avengers banded together at the table to devise their plan of attack, my little dude looked at us and said, “Avengers assemble!”.  So cute!

The stunt work throughout the show was amazing! I honestly wasn’t expecting that, and we were very impressed! The action, literally, was non-stop the entire show, and it was highly entertaining! My hubby & son couldn’t keep their eyes off the motocross, and the  martial art & aerial work from the cast was awesome!

The highlight of the night for our family was during the finale of the show when Bruce Banner turned into the Hulk. You literally could hear the crowd cheer when the big green guy finally came out. It was pretty cool! My son was thrilled, to say the least, as the Hulk is his absolute most favorite!

This version of the Hulk for the show took over 1,500 hours to build. WOW!!  He also stands 8’5″ tall, and it takes power equivalent to 2 car batteries to operate him.

A few other fun facts from the show:

My family and I really had an amazing experience seeing Marvel Universe LIVE! We already can’t wait for it to make it’s way back to Orlando! Were you able to make it out to the show over the weekend? What did you think? I would love to hear your comments below, and also, please share your pictures with us in the comments on our Facebook page! 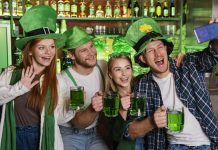 BEST Specials and Freebies for St. Patrick’s Day in Orlando! 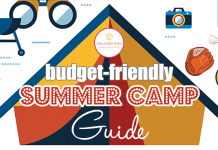