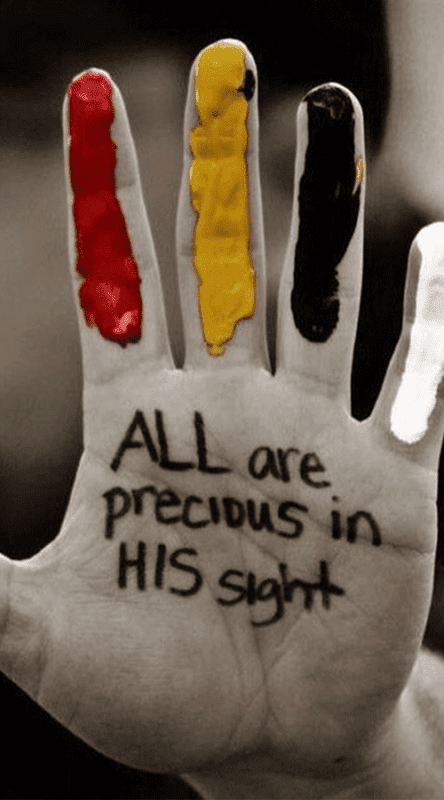 I’m brown and an immigrant. Its relevance has never felt more real to me, than now. Racism, its prevalence is still a hard pill to swallow and not exactly dinner conversation, but unquestionably one that needs to be had. So here goes…

My 7 year old had brought home a school library book from about George Washington Carver. Reading it together, I was horrified by a graphic lynching scene.

“What are they doing, Mama? Why do they hate each other?” I don’t think he even realized what was happening in the picture. That, was the first time, I was ever confronted with talking about racism with my child.

I didn’t know how to answer him.

Since I had to confront it myself.

Growing up in a foreign country as an expatriate, I was no stranger to racism. There were elements of discrimination based on my Indian nationality and shade of melanin.

I was relatively privileged as the daughter of a physician. While I did not experience physical abuse or human rights violations like many tragically have, instances of overt and subtle bias happened often. You ‘learned’ to keep your head down and not ruffle any feathers.

As a brown immigrant to America, having a diverse extended family with Jamaican, Hispanic, Dutch and Danish  roots, I assumed I identified, with people of color.

How wrong I was.

My narrative did not fit that of many others living in this country, and perhaps that makes me less empathetic. Passive. Jaded. Naïve, even.

As a public health worker in the inner city, I see many families of color, struggling against the hamster wheel of poverty and disparity they are on, unable to get off.

A recent discussion with an African American friend made me reflect on where I really stand. I listened to her personal experiences with prejudice in graduate school, her shame and depression for wearing her natural hair, for being black…

It broke my heart.

Because it hit close to home.

Nevertheless, guilty of my own apathy and ignorance.

Living here for almost a decade has numbed me to an extent. I’ve watched, nodding my head in solidarity with those who’ve protested against prejudice towards people of color and immigrants. Vehemently sharing my opinions on social media and within my circle of friends.

But in this xenophobic climate, is it ENOUGH for people like me, who are not black or white, but races in between, to just sit on the sidelines, because racism isn’t tangible for me?

Am I doing anything, to strengthen dialogue, reconciliation and change?

Do I need to be Black, Latino or Native American to feel loss, shame or humiliation?

The world as we know it, is evolving.

Women are standing courageously against powerful men who have abused their position and trust. The voice of the black community is getting louder. The monarchy of Great Britain, the epitome of whiteness with an imperialist history, now has a biracial princess in their family. (The irony.)

We are in the midst of a historic paradigm shift; I’m either a silent spectator or part of the chorus.

As a child, my son is colorblind to his cousin’s ‘black-ness’. I want him to remain a kid for as long as possible, but I also want to make him aware of injustices that those he cares about, will face.

I will probably never have to push harder to prove himself because of his color or be fearful if he comes in contact with law enforcement.. or a barista. But can only imagine the anguish of parents who do.

Will he have a racial slur thrown at him sometime in his life? Most likely.

I want to be honest with him about his country’s racial history, as well as my own, share the challenges, the victories of people of color…

And remind him, that America is a kaleidoscope of red, brown, yellow, black and white.

But it all begins, with a conversation.