{{Our team was inspired by one of our fellow contributor’s posts, “No More New Year’s Resolutions – Just Choose One Word”, so we decided to share our selected words and the reasoning behind them in a series called “My Word Is…”. Follow along as we share our stories, and then update on where our words have taken us at the end of the year.}} 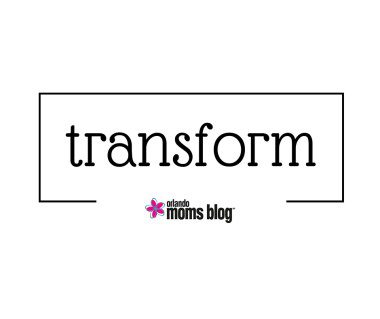 Transform. What does it mean to transform something? How difficult is transformation? And why this year did I choose that for my word of the year? I think I’ll write about the reason for the choice later, because just in this first week of the year, I have found at least one good reason to know that this word will be meaningful to me and my family this year.

Well, for me, the first week of the new year gave me ample examples to consider right from the get go. This post is only about one of them. First, I have teenagers, so those of you in similar situations might find resonance in the seemingly minute to minute transformations of our girls, who seem to go from princesses to dragon in split seconds over hairpin triggers buried like land mines among their fragile and unstable hormones.

For example, this week we melted down over long simmering issues between the elder of my two, the fifteen year old, and me. I feel like I support her in everything she wants to do, and it feels to me like I willingly bend over backwards creating a family environment in which she can do all the things she loves. She sees her situation as being smothered by excessive expectations.

This week, she legit threatened to run away. There. I said it. Our façade has been exposed. I mean she packed a bag and her computer and phone and was fleeing out the back gate by the time I caught up to her. Fortunately for both of us, my longtime friend who loves her almost as much as I do, was already on her way to our house, and my younger was already at school for an evening performance, so we were rescued from each other in the nick of time. Things got so heated that I had to have my friend take her away. She agreed to stay with her, and with the exception of coming home for a few hours to exchange clothes, she has been there ever since.

These events upheaved our household. They upset my younger daughter immensely right before she had several numbers to perform on stage. The younger had her turn at meltdown the next day and really lashed out at her sister with some horrible words. Now diffused, younger sis and I have the house to ourselves. It’s extremely quiet without elder sis’s constant music, singing, fidgeting, cooking, and Netflix watching. Transformed, you might say. And oddly, I’m not sure how I feel about it: I’m in some ways sad and cry at the drop of a hat, and in some ways, I’m more relaxed and calm than I have ever been.

Furthermore, even though at first I felt like this was an embarrassing, hurtful, failed parenting moment, and it really may be, I am coming to realize that it might have been a blessing in disguise. Our home is more peaceful. No one is screaming on a daily basis. She and my friend, who lives alone but has the room, loves having her there. They’re bonding in ways that they hadn’t before. She’s getting her school work done on time, so far and for the most part, anyway, which has always been one of our biggest points of contention. So why should I remain embarrassed at this incredibly flawed moment between mother and daughter? Transformation has never been equated with ease or lack of struggle. Difficult and painful are the very epitome of adjectives that describe transformative experiences.

I don’t really know after one week whether this arrangement will continue, but in some ways I hope it does. As a single mom, I have rarely asked for help from anyone other than my mom. But mom is in her eighties now, and I can’t unleash a beast this big on her to help me figure it out. My beautiful, caring lifelong friend stepped up, and I finally said yes when offered help in a terribly bad life moment. I allowed her in to the mess that is us underneath all of the Facebook “winning at life” status reports; into the fray that is so much more our reality–and it kind of feels good. Strange and unsettling, too, but good. Possibly even transformational.