Have you heard about the Charlie Charlie challenge? I’ll bet you two pencils your kids have. This little phenomenon has gone viral, and was the most searched Google term over Memorial Day weekend. Orlando Moms Blog is going to share what you need to know, because you’ll likely get an email from the school (as I did), field questions about it from your kids (as I did), or see your momma friends posting about it (as I did).  If your kids haven’t picked it up at school, they’ll pick up at summer camp or the neighbors house, so you might as well read up on it now.

This game is extremely old in Spanish-speaking cultures, but has recently gone viral in the states thanks to social media.  You cross two pencils in a grid drawn with “Yes” and “No” answers, then ask, “Charlie Charlie, are you here?” If the top pencil moves and points to yes, you scream and run away. The brave can ask more yes/no questions. That’s the game. 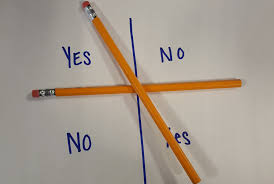 In short, this appears to be the next generation’s version of Bloody Mary, the Ouija board, or Magic 8-ball. But Charlie isn’t just a spirit or ghost.  He’s specifically a demon, which has many parents and educators on edge. Most will likely consider it harmless fun. Many view it as mischief that should be curbed. Others find it disturbing on a spiritual level. I’ll admit I haven’t yet decided which camp(s) I fall in.

While the ability to pose closed-ended questions (à la 8-ball) isn’t much of a threat, real trouble can arise when you take those questions and – more importantly – those answers into the lunchroom, the playground, the sleepovers.  “Will I get a date to the dance?” and “Should I buy that new skateboard?” quickly turn to “Is Jane possessed?”  Yes?  Now Jane is ostracized and the whole school thinks she’s possessed. (True story from our middle school.) This can stick to a student like “the cheese touch”, which has been known to span summer break. My son mentioned that one group of kids said Charlie was going to kill one of his friends. He said it nonchalantly, because he’s not afraid.  He knows it’s gibberish. But what about the friend? Poor kid is probably freaked out.

And of course, the older kids get, the more likely they are to cause a little trouble for the sake of drama and making it all a little too real.  My middle school daughter has a friend that played, and now the girl is showing mysterious cuts and doesn’t know where they came from. I know where they came from; and it’s not a demon portal. It’s from a gateway to cutting, with a silly little game as a cover story. Charlie makes a great scapegoat. Therein lies the danger.

According to most versions of the game, if you don’t formally “close” the demon portal with a proper goodbye, Charlie sticks around with you, follows you home and continues to meddle in your affairs. Kids who felt brave in the lunchroom lie awake at night with worry.  Therein lies the fear.

A good friend of mine is an educator who is tackling Charlie head-on in the classroom.  I couldn’t say it better, so I’m sharing her insight with her permission:

I think what this all boils down to is peer pressure. It’s an obscure concept that kids in elementary school see a fun and silly game that seems harmless. How bad could a game with a wiggling pencil be? How many of those kids stopped and thought to themselves…should I be playing a game that has demonic spirits communicating with me in the middle of the lunchroom? Probably not. But what they fail to recognize is that they have just failed their first test of peer pressure and they are none the wiser. From what I gather, it was started by teenagers, and has trickled down from there. Because, of course, everything your older sibling does that looks fun has to be the coolest thing since Atari right? Those smarties even gave the ghost friendly name like Charlie. Surely the kids would be too scared to play if his name was Lucifer!

It is up to us to open up the conversation about how peer pressure doesn’t look like a big kid in a leather jacket at the bus stop calling you a sissy for not drinking what’s in the red plastic cup. It surrounds them in a million ways they aren’t even aware of at times. The teacher in me knows that no one will remember this come August, but unfortunately, many educators will miss this opportunity for an important life lesson. What happens when they are faced with the tougher examples of peer pressure. Unfortunately, life isn’t a Full House episode. Any teacher who thinks teaching is just about testing and abc’s isn’t doing it right. So, as back-up and reinforcement, my team sent an email to all parents with the hope that time (a precious commodity that all teacher’s lack) can be spent at home with a conversation about making good choices in all kinds of crazy and unknown situations. Yes, a daunting task that even adults can find difficult!

We want to know where you stand on this, mommas!  Comment below about what you know and what you think.  As for the OMB contributors, we covered the gamut of reactions and experiences with ol’ Chuck.

So what say you? Harmless fun, mischief to be curbed, or serious spiritual business? We’d love to hear how you’re tackling this in your house..

Authors note:  While writing this article, a pencil lying nearby on the desk rolled a good 4 inches toward my keyboard. I almost did not finish this post. I’m blaming the ceiling fan for fluttering the receipt it was sitting on. But I said goodbye to Charlie…just in case. 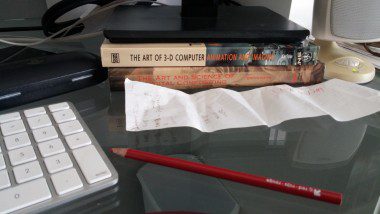 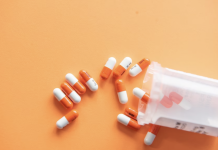 Dealing With ADHD in Children and Teens – Treatments 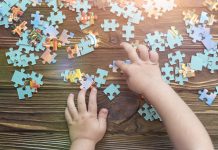 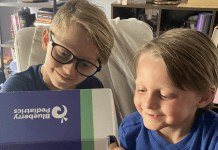