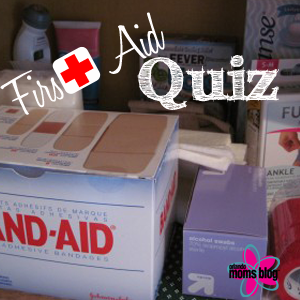 A few weeks ago, my kids wanted to stay home while I returned a DVD to the Redbox on the corner. For kicks, I quizzed them on what they would do if they were left alone. It was enlightening.

1) If someone knocked on the door or rang the doorbell…? Chance, age 8, said he would peek out the curtain to see who it was. And if he didn’t know them, he wouldn’t let them in. He would open the door and tell them his mom wasn’t home but she would be home soon and they could come back later or just wait. Maddie, age 10, wouldn’t answer the door. Point goes to Maddie. I’m considering having Chance retested for that killer IQ they claim he has…

2) If someone called and asked to speak with me…? Chance would let the answering machine pick up, then he would answer if he recognized the caller’s voice, like someone in the family. Screen calls was such a good answer Maddie didn’t even follow it up. Point to Chance. Tie game.

3) If there was a fire…? Chance wanted the location of the fire. I said stove. He would retrieve the fire extinguisher from the pantry and contain the fire. Maddie would run out onto the back patio and find the little slit in the screen we taught her about several years ago. We said at the time she could rip open the screen from there if she couldn’t get the screen door unlocked in an emergency. And while I commend her memory of where to find this 2 inch hidden seam, I pointed out that the front door should be the first option. Solid point to Chance. Reluctant point to Maddie for over-engineering.

4) If Chance hurt his ankle and couldn’t stop crying…? Maddie would call 911. If Maddie were the injured party, Chance would run to the medicine cabinet for a bandage to wrap it. Then he would call 911. I said they should just call my cell phone. It’s only a twisted ankle. No points awarded.

6) If Maddie got cut on something and was bleeding really bad…? Chance would run to the medicine cabinet and get a band-aid. If Chance was bleeding, Maddie would push on the wound to stop the bleeding. She’d even sit on it if she needed to have her hands free to dial 911. Chance would not sit on hers, because then his pants would get bloody. She’ll just have to bleed out…Maddie for the win!

Looks like our family will be registered for first-aid courses shortly. Meanwhile, I shall spend a fitful night dreaming of terrible things happening as my children mismanage every known crisis by the time I get to 7-Eleven and back. I think the way to solve all of the above is to just pay the extra $1.20 to keep the video until we can all go together in the morning!

Try quizzing your little ones on their responses to common emergencies. If they pass muster, maybe a solo trip to Redbox is in your future! If they, like my own, leave you with some misgivings about leaving them unsupervised, consider the following Red Cross resources for training:

If, after all that training, you still don’t feel comfortable leaving your children home unattended, rest assured you will not be alone. Maddie’s ready for the babysitter course. She just can’t babysit Chance, who I’m going to have fitted for a helmet and run emergency drills with regularly. 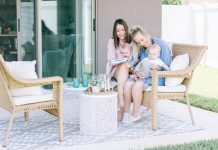 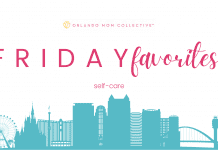