After reading a few ingredient labels and skimming the store for some kid-friendly dippers, I decided upon these 4; sliced gala apples (you can peel skin before cutting), graham cracker sticks, sweet potato cinnamon crackers and dried apple slices. I would have to say my lil guy’s favorite was the dried apple slices and the hubbies had to be the graham cracker sticks. 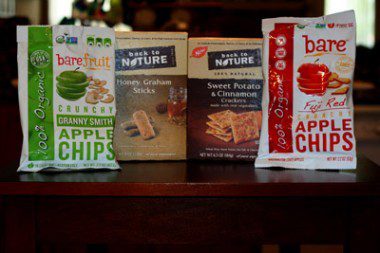 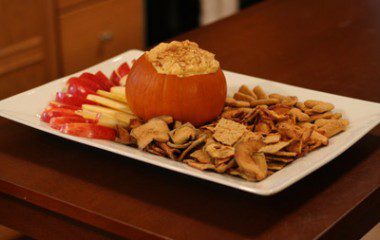 You don’t have to make your own fresh granola, but why not? So easy and the leftovers can be used for breakfast. Store bought granola can be loaded with processed items, sugar and super expensive.

I know many of you LOVE your marshmallows on top of the traditional sweet potato casserole, however there is plenty of flavor and natural sweetness in this casserole that you shouldn’t miss them at all! But if you do… here is a better alternative (still not great, but it definitely a better alternative than most). I have not tried the alternative, but simply compared! The site FoodFacts.com breaks down many food items and grades them based on their ingredients. I searched marshmallows and found Dandies is average, best alternative available receiving a “C” while our well known Jet-Puffed received an “F”.

Granola Ingredients: this is a large batch, cutting in half is plenty for the recipe, I wanted extra for breakfast and family in town. 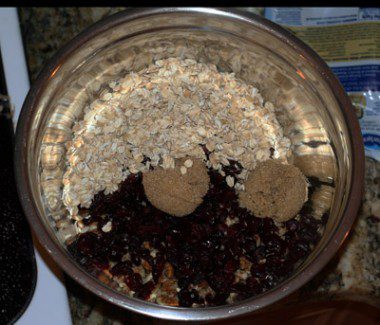 Sweet Potato Ingredients: I leave the skin-on my potatoes in every recipe, it is where all the nutrients are packed and once they are blended, you don’t even notice the skins are in the mix. 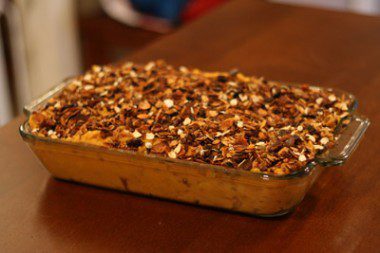 Pumpernickel has a low GI or glycemic index. GI is a number given to food items and how it will affect your blood sugar. I thought what a great idea to use bread that has the lowest GI and a super yummy flavor in my dressing to help prevent the blood sugar from spiking quickly and then plummeting soon after. More on GI in bread HERE. Great bread choice for diabetics too. 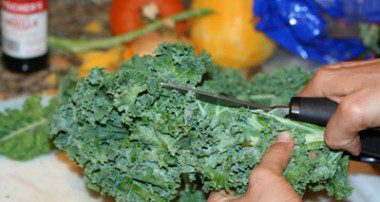 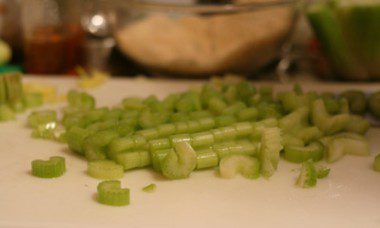 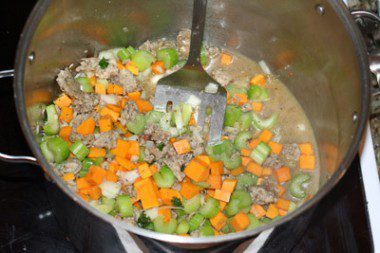 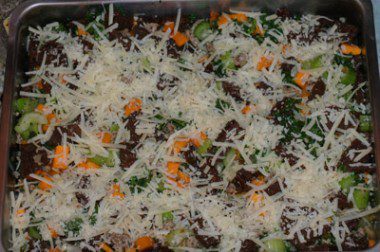 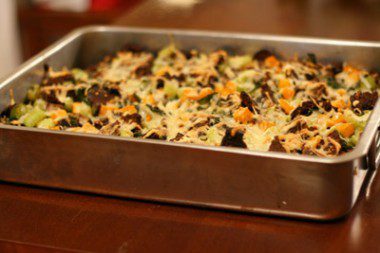 “Not so Condensed” Green Bean Casserole

It may feel like a tenuous task of making your own cream of mushroom soup for the green bean casserole, but it is not hard at all – in fact it is super easy and quick, 10-20 min. Plus, it knocks out overly processed, super high sodium condensed soup and gives your recipe better flavor and a fresh taste. I love mushrooms so you can add a lot or just a little to this and a variety of types for more flavor. I used portobello and white mushrooms for this recipe. 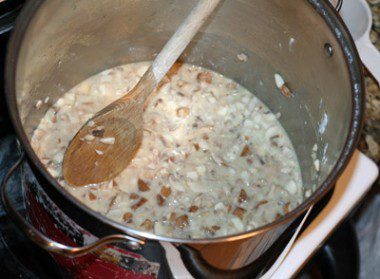 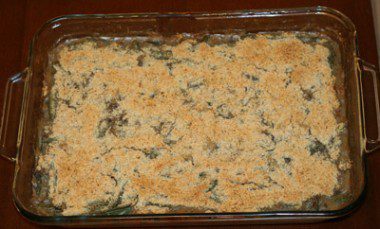 My photographer of Sarah Barry Photography and I are thankful for these TWO lil stinkers for making this cooking day eventful! 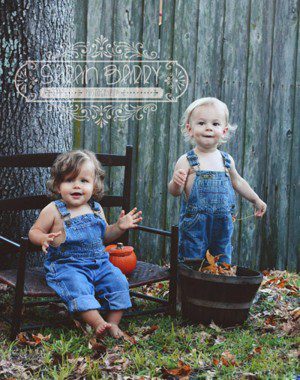 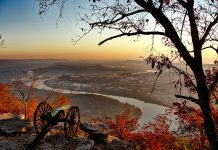 Tips to Make a Family Vacation in Tennessee More Memorable