Ah, yes. They playroom. One of the wonders of the world. A place to store your children’s toys, a place to let your kids destroy everything. To keep it in a living space, open to house so mom and dad can observe the playing? Or to put it behind closed doors, where messes can be hidden and walls separate? Therein lies the dilemma. 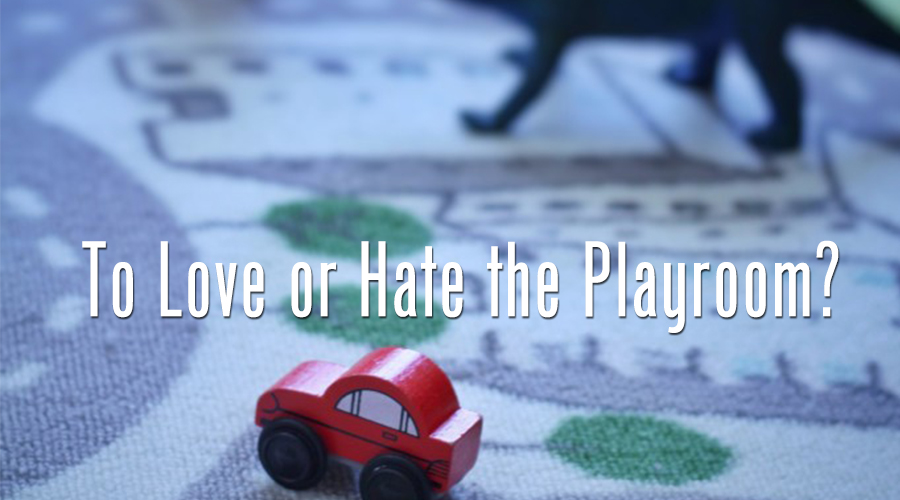 I haven’t truly decided how I feel about the kids’ playroom. On one hand, it’s really nice to have all of their toys in one space. On the other hand, I hate seeing all of their toys out in one space, slowly creeping into MY space! Our kids share a bedroom so the idea of keeping their ridiculously large collection of play things in the space where they sleep seemed like a very bad idea. We gave up our formal dining room so they could have a large area to play and store their toys.

It’s nice to have the toys in bins so we can keep things organized and tidy, but more often than not, the toys are not organized and tidy! They are thrown around on the floor and on every surface in the playroom. And getting the kids to clean it up, well that’s no easy task. 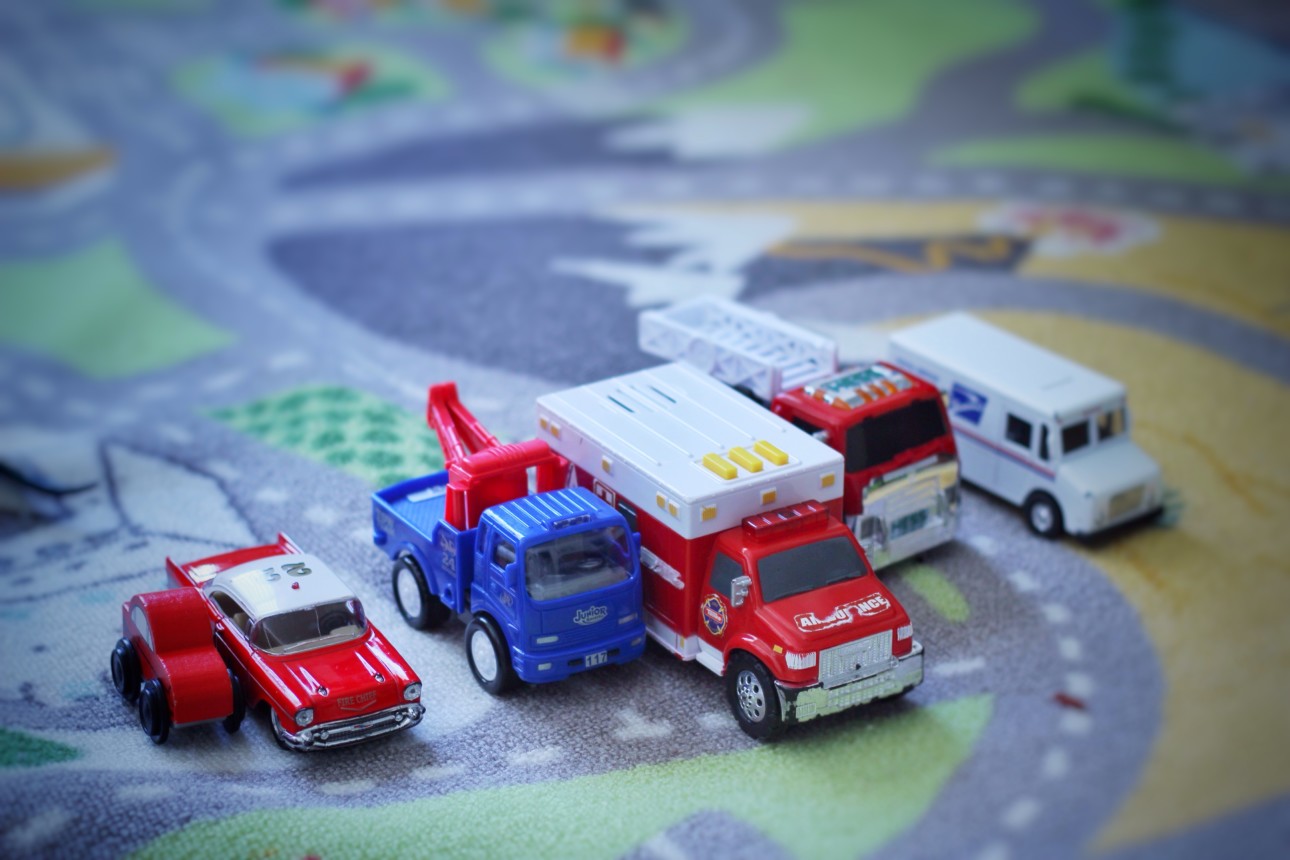 We currently have four bins for different types of toys – the car bin, the large truck bins, the train bin, and the other random toys bin. On top of that, we also have a Lego table, a large school table for work and coloring, a table with drawers for puzzles and small games, that also holds a TV with a DVD player. There’s also a toy box for stuffed animals, a few chairs around the table, and some bean bags. Whew. That’s a lot of stuff! 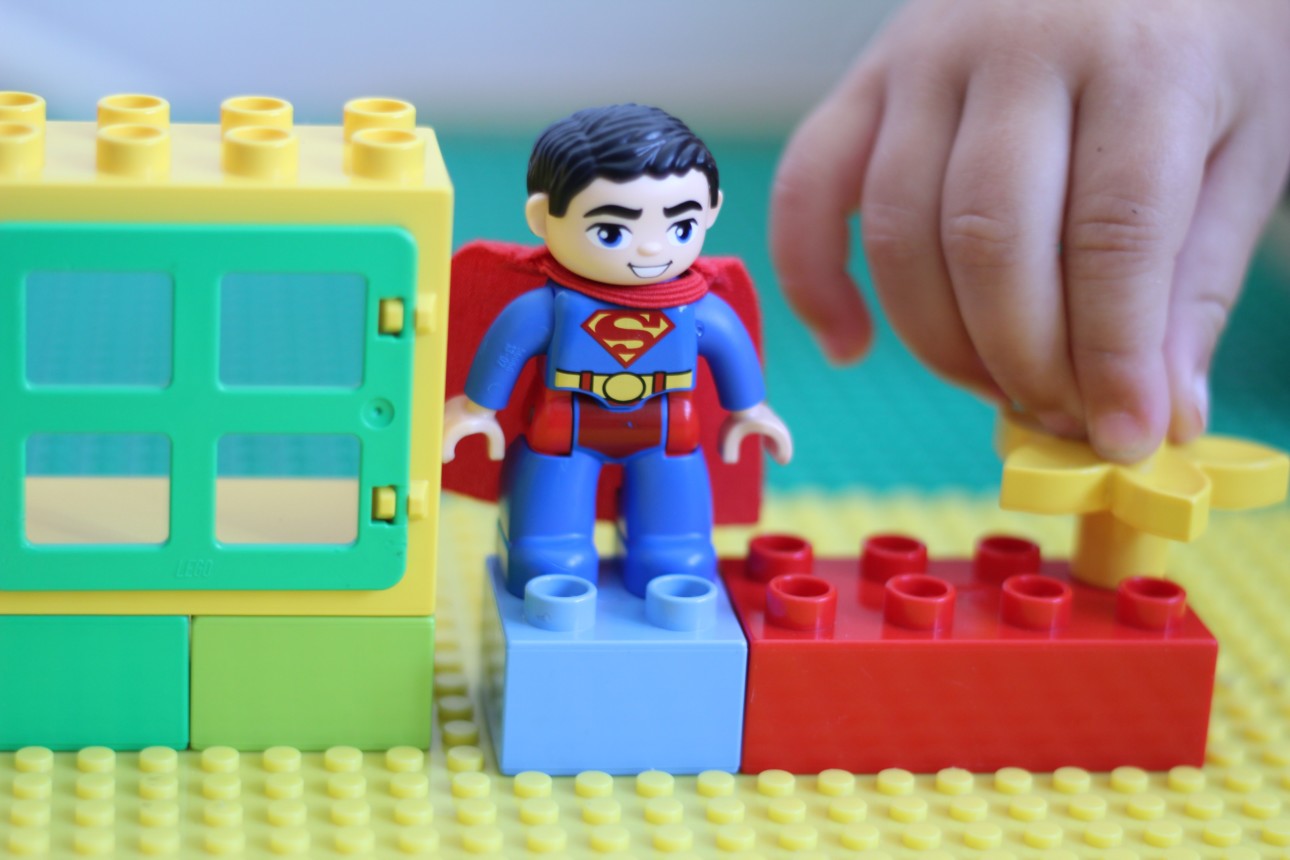 So back to deciding between love and hate… I love the convenience of a playroom where my kids can play and be goofy and keep their gadgets together. I hate that they have this huge space to destroy and demolish daily and that they have no desire to maintain the clutter. I’m often left cleaning up alone, on my hands and knees, leaving me in pain! Or wishing I had a huge curtain to just cover up the mess. I love that I can send them to their own space and I can have the rest of the house to clean or just hangout. I hate that it’s open to my whole house, often times resulting in trails of cars from one end to the other. I love that when it’s neat and tidy, the kids have this wonderful space to be creative and free. I love that we have the ability in our home to give them that freedom. I love that they use the space so well and that they have so much imagination. 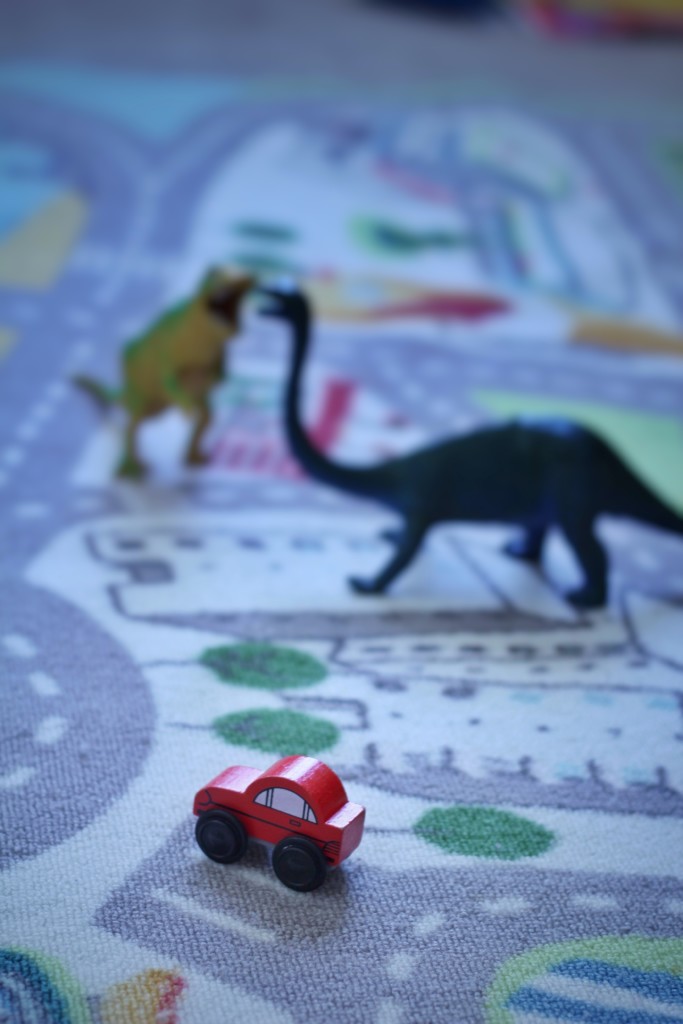 I guess I’ve answered my own question; I love the playroom! Well, maybe I don’t love the playroom, but I know I don’t hate it! Even when it causes headaches and joint pain, I love that my kiddos get to have fun and feel safe to be goofballs in their own space.