Mealtime. The dreaded hour when your kids are hungry but will never eat! If you have a kid, you have probably heard this phrase yelled across the house a time or two. It’s usually following a lunch they didn’t finish or a dinner they wouldn’t touch. They clearly desire food. They obviously NEED to eat a few times each day. But in between these screams of pain while they literally starve to death in front of you, meals are placed in front of them. Food exists. BUT THEY WON’T EAT IT! WHY?! 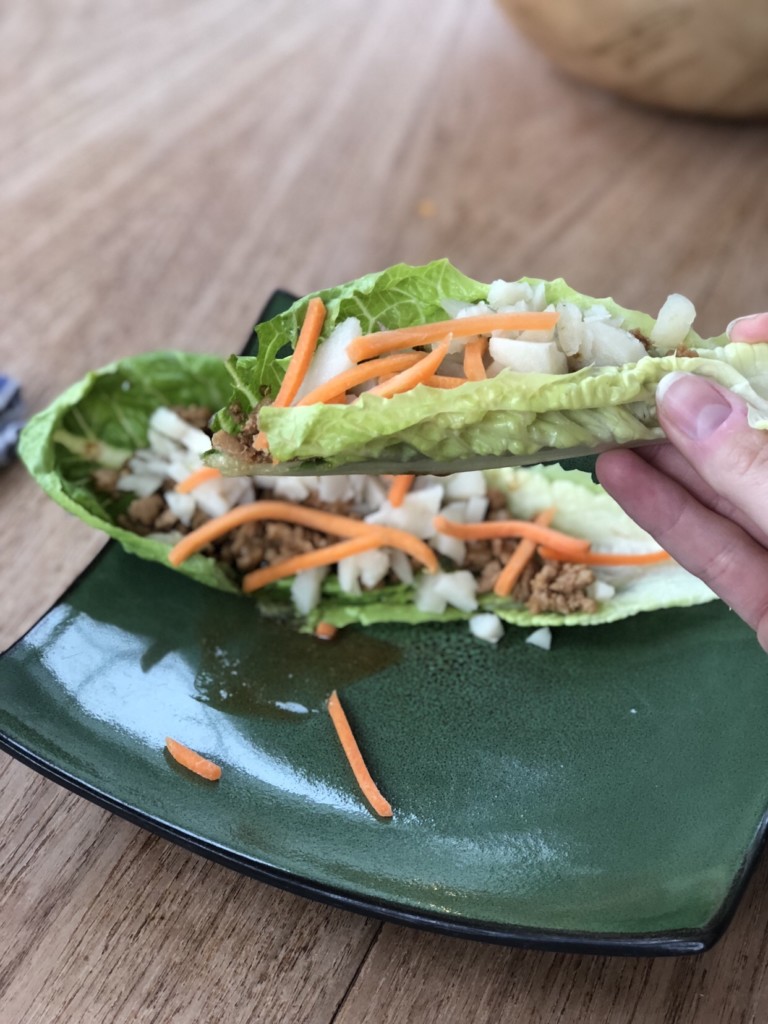 I don’t know the answer. I’m sorry. But I’ve got a few guesses that I’m willing to lay out and then I’ll open the floor for discussion. Mmmkay?

I mean, obviously. Kids don’t have the palettes that adults have. For whatever reason, most kids just don’t like fish and curry and spinach. Maybe yours do though. But if you’re having a hard time getting Jr to try that baked salmon, you’re not alone.

2. You cater to your kids like a short order chef in a cheap diner.

Most of us are guilty of this at some point in our kids lives. They have a consistent diet of oven baked chicken nuggets and stove top Mac and cheese. Or grilled cheese. Or fish sticks. Or whatever. But it’s not what the rest of us are eating every night.

3. You let them ignore the dinner in front of them and give them snacks after you’ve put everything away.

Let’s be real. I wouldn’t eat the stuff I didn’t want if I knew the good stuff was coming out later on.

4. They nibble on things all day long.

So now that I’ve laid out a few ways you could be preventing your kiddos from eating healthy, delicious, adult-friendly meals, we can talk about how to change these patterns and get on a path towards better eating habits.

I am going to preface the rest of this by stating that I am not a nutritionist (but my mom was) nor am I a physician (but my husband is), I’m just a soon-to-be mom of four who has had a little experience with kids at meal time. 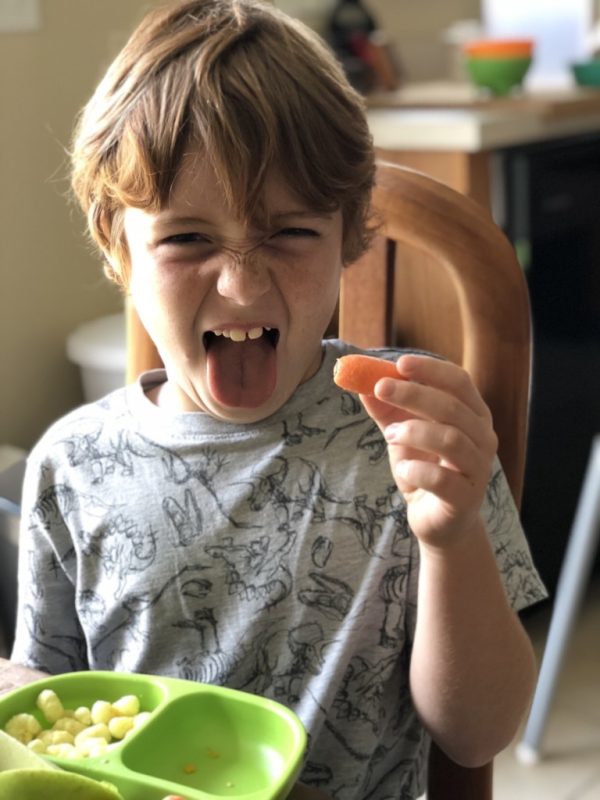 But we help make them that way. They won’t starve themselves. Even if you think they might, they won’t. Eventually they will eat the salmon and live to see another day.

2. Stop making something different for your kids.

Unless this is just what you plan on doing every day, like Betty Draper in the ’60s. Make a plan for the week and stick to it. Your kids will learn to eat what’s given to them instead of demanding something from a kids menu.

3. Make them eat what you’ve made.

They should be expected to try it. And if they don’t, there is nothing else. Practice “closing the kitchen” once you’ve cleaned up from dinner. Believe me, they won’t die.

4. STOP WITH THE SNACKS!

This one is a bit more controversial. Aren’t I always a bit controversial though? I’ve had many a time where I’ve cut snacks out for a period. I make a large breakfast, a big lunch, and a King-sized dinner. But that means the kids don’t get snacks during the day. They eat at meal time. I don’t do this every day. But when I’ve noticed that snacks are getting out of control and the kids aren’t eating as much for dinner, I cut out the in-between screens. It really helps restructure their schedules and they can get back to healthy meal-time habits. 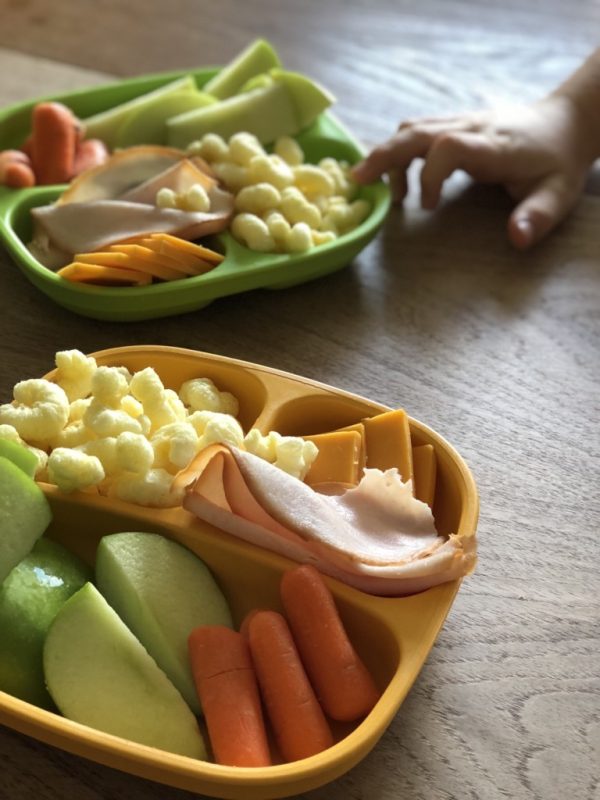 There are certain things that my husband and I really like that know at least one or two of my kids won’t eat. On those nights, I make them something else. I am not going to force my kids to go hungry when I know they’ve tried something a few of times and just don’t like it. One of my kids is fine with a little spice while the other two just don’t enjoy it. That’s understandable to me. But not eating something because they don’t like the way it looks or because they feel like a quesadilla isn’t a valid reason for you to go back to the stove and whip up some other meal. 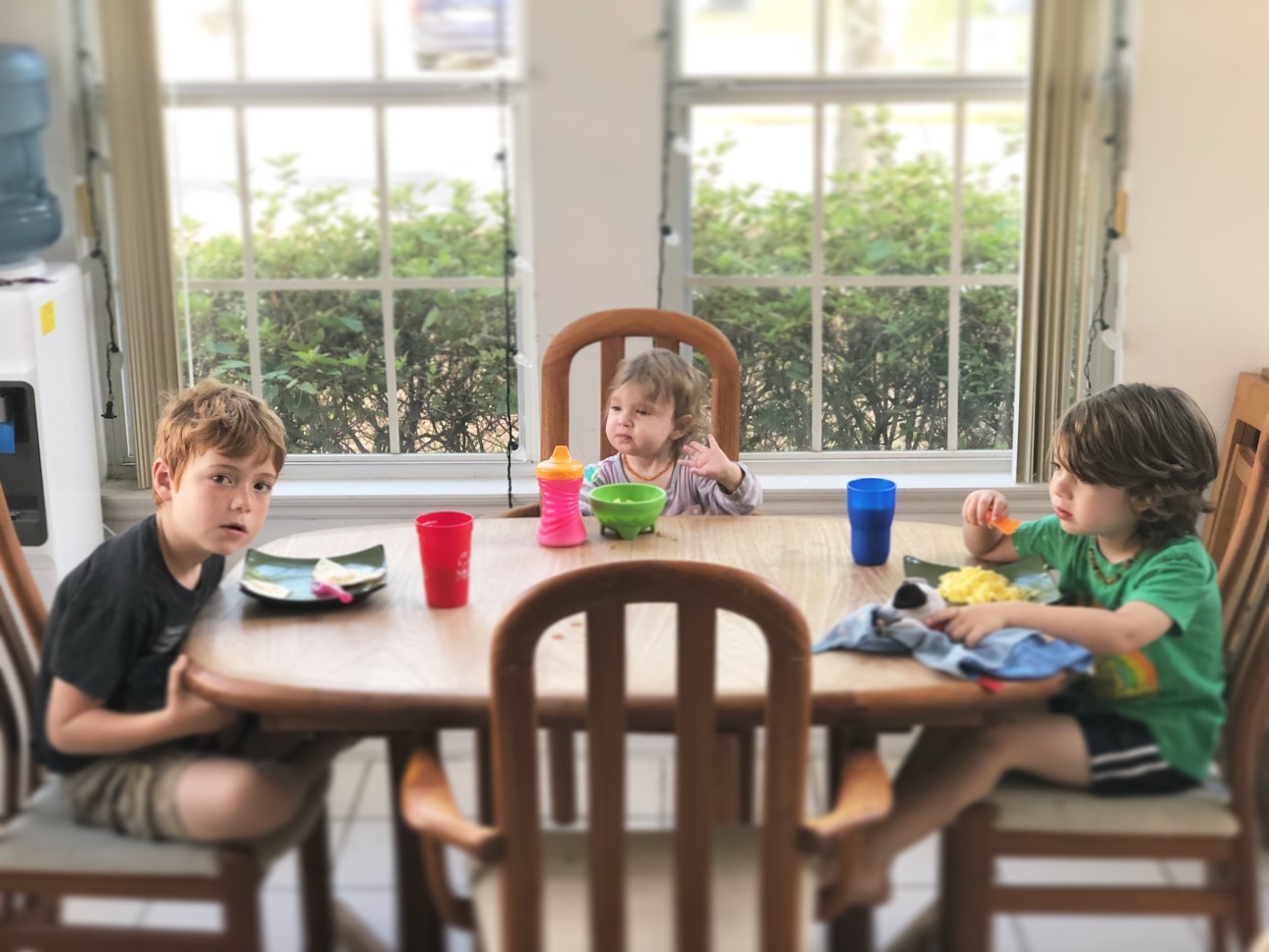 I also have lots of variety. Chicken, fish, pork, curry, salads, vegetarian. I am constantly looking for new recipes or trying to change up ones I’ve already used. I have a binder full of things to try, things I’ve made, and things people have suggested. I download new apps to see what they have to offer and save things that I think everyone might enjoy. There are meals that I keep in a general rotation but I like to add to it all the time.

Over time, I’ve found that my kids will either decide they are hungry enough to eat what I’ve made or they won’t eat anything. And that’s OK with me. I’m mean enough to only make one meal but not so mean as to force them to sit at the dinner table until they’ve cleared their plates. But most of the time, they are happy to have food on their plates. 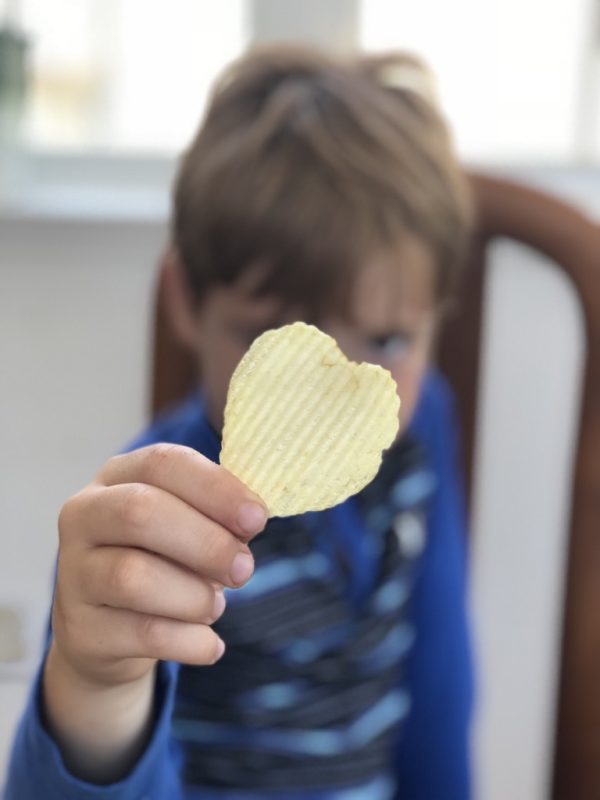 So how about your family? Do you struggle with meal time in your home? Or are you a seasoned pro who knows how to handle meal-time fits? Share your stories, tips, and tricks below in the comments section. I know I could still use a little help myself!