Ironically it didn’t start with books.

It all started with Bridgerton.

I was captivated by the Netflix adaptation of the wildly popular novels by Julia Quinn, as many of us were. I adored the first season and watched the second season twice back to back – I thought it was that good (and I will debate anyone that season two was better than season one to the bitter end).

I was so lost in the world that Quinn’s imagination gave us that I bought the third and fourth books to hold me over until Netflix released the third season. I had not read a book for pleasure in a long time and I thought I would save them for my summer beach vacation.

Gosh was I wrong.

When they arrived, the covers were so beautiful and I was still thinking about season two on Netflix that I decided to crack one open. I vividly remember telling myself I’d read a couple chapters and save the rest for the beach. Neither of those books made it to the beach. I read Benedict’s book over the course of two days and I read Colin’s book in under 24 hours. Two weeks later, two more books in the series arrived to our house and I flew through them as well. I repeated this pattern until I had finished all eight books.

I finished “On the way to the Wedding,” the final book in the series, on the plane ride to our beach vacation.

When (SPOILER ALERT) Benedict and Sophie fell in love in “An Offer from a Gentleman,” so did I. I fell back in love with one of my favorite pastimes. I was reminded of summers as a young girl, getting lost in the printed word, working hard to earn every reward at my local library’s summer reading program. I’d look forward to every midnight release of the newest Harry Potter book. My two best childhood friends and I spent hours in silence, each reading our own copy, only taking breaks to eat and only discussing pieces of the story when we were sure we wouldn’t spoil an upcoming twist for someone.

I remembered how books made me feel. I remembered falling in love with characters, crying with them and cheering them on. I decided then and there to add books back into my daily routine, a habit lost years ago.

Reading was a past time lost to a rigorous a college schedule, then to grad school, next to starting a career and finally to motherhood.
I was determined to reclaim a piece of myself I’d been missing for far too long.

I set a goal of reading one book for each week of the year. 52 books. That seemed easy enough. When I hit that goal I realized I had set my goal far too low. So I thought that reaching triple digits would be a stretch.

I have fallen in love with characters.

I have hated characters.

I have cheered for characters.

I have rooted against some.

I have found new authors that I love.

I have read on the beach in Barbados.

I have read on airplanes.

I have read on my parents’ back porch.

I have read in our new place in Florida.

I have read late into the night.

I have read in the early morning with a hot cup of coffee before my daughters wake up.

I have reignited a passion for reading that I had lost. I have reclaimed a hobby lost to circumstances and have made the commitment to invest time into something that makes me feel so very full.

Do you love to read too? Come join us in Orlando Mom’s Book Club that I get to moderate – https://www.facebook.com/groups/orlandomombookclub/?ref=share_group_link 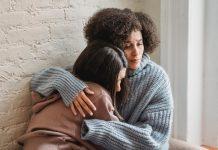 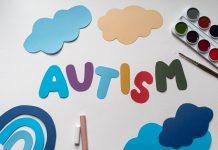 Autism: I am in Denial 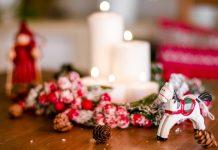