Have you ever heard the old saying life is not a sprint, it’s a marathon? Well, I kind of like to think that our potty training experience has been the same. Here we are, in June, Potty Training Awareness Month, in fact, and well folks, we are in week 15, as we started this journey back on February 21st. So, yes, we are a good 4 months into this process, and it’s just now that I feel comfortable to say that my almost 3 year old son is potty trained. Like, I said… marathon.

We utilized the 3 Day Potty Training method provided by Lora Jensen’s e-book. I have to say that for our family, this method worked extremely well. I took that first Friday & Monday off of work, and we followed Ms. Jensen’s advice to stay home and focus strictly on the training. My little dude did excellent, and we were celebrating after each day that whole weekend (which we nick-named, ‘Potty Training Bootcamp’).

Our first hurdle came when I returned my guy back to daycare on day 5, which he attends full-time, as we are a two-parent full-time working household. I had pre-warned all his teachers that this was coming & even sent him to school with

a full written page update of his progress from our boot camp. However, I have to tell you that the first day and then that week, in general, were a nightmare. Against my wishes, he was put back in a diaper; there were countless accidents, and poor communication between myself & the staff. Not to mention, my little guy had a hard time learning to use the potty at school. He was doing fantastic at home, still, but it was a whole different story at daycare. I honestly did NOT anticipate any of that, and to be quite frank, that threw me for a loop. We pushed on, and it took a good month & a half to two months before we consistently had accident free days at school. That took a lot of working with the staff at his school and sending lots of back of clothes… definitely a tip for any parents starting this process and using childcare… pack extra clothes!! Including socks AND shoes!

Call me a gluten for punishment, but in the midst of this loveliness, I decided that we should start swim lessons… umm, this doesn’t exactly help your child to stay dry at night when they are in the pool gulping water between 6pm to 7 pm four nights a week for 7 to 8 weeks. Yes, genius idea. Our friends were amazed when I was telling them that we were staying dry all night long (P.S., I was too!), but then, since swim lessons started on week 7, he has been wetting the bed almost every night. So not fun for any of us. To make matters even more interesting, he is not a fan of wearing a pull-up at night. I have been torn about this for weeks now about whether or not it would confuse him to wear it at night, as I did not want him to start having accidents during the day, but on the other hand, washing his sheets EVERY.SINGLE.DAY starts to get old, as well. We are trying the pull-ups for now (we refer to them as, ‘night-time undies’) and we shall see how it goes. My hope is that once swim lessons end (this week is it!), that we can possibly start to stay dry at night again.

Another hurdle that has taken some time in this process… going to the potty in public! Oh my… why didn’t any of my mommy friends give me a better heads up about this?!?! There were literally a few times in that first month or two that my hubby and I felt like we couldn’t take our preschooler out in public any more for fear he would have to go. It didn’t matter which one of us took him… we would get in there and then he would refuse. We even bought one of those portable potty seats to use. It didn’t matter. For this, all I can say is that time and diligence is what made it work. At one point, he finally went & we celebrated like crazy. It’s been a piece of cake after that. Whew!

Our last obstacle in this journey has been the dreaded poop. Again, going into this process, I had no idea that pooping on the potty would be an issue for us because my son actually went a few times on the big potty while he was still in his diapers. So, I thought, no problem. I even ignored all the advice our little guide gave us with the tips. Boy, was I wrong! About a month into training, he stopped wanting to poop on the potty and starting going in his undies. We tried offering special treats, candies, you name it. Nothing peaked his interest. Finally, one day while he was at home, and I knew he had to go, I decided to tell him that if he went poopie on the potty, I would give him a small new toy. THAT got his attention. He went into the bathroom and FINALLY pooped! There was huge celebration! I had a few match box cars saved for a rainy day that were in a bag, so I let him choose one. He was thrilled. After that, I told him that if he pooped on the potty, he could get pick out a new toy from the ‘poopie bag’. Yes, I realize I was not very creative with my naming of this bag, but hey, it worked because he has pooped on the potty ever since. I honestly can’t believe it. The next day I had went to the dollar store and loaded up on some random toys to fill the bag, and he has been perfectly happy with his selection. Some friends have asked us how long we plan to do this for. I don’t have an answer for that right now. There have been times when he doesn’t ask for a toy after he goes, so we don’t go to the bag. I’m sure eventually it will phase itself out.

In the grand scheme of things, our story has not been a difficult one, but it’s definitely proven to be an interesting one for us. I hope you have enjoyed reading about our journey and maybe even learned a thing or two! 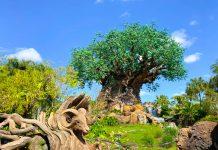 Animal Kingdom Itinerary for Families with Kids under 5 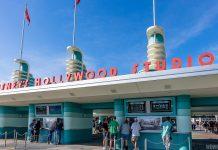 Hollywood Studios Itinerary for Families with Kids under 5