Just writing those words makes me want to pour a glass of wine. We’ve survived two potty training endeavors and learned many things from the two very different experiences. One thing I’ve learned is that what they say about potty training boys versus girls is not true. 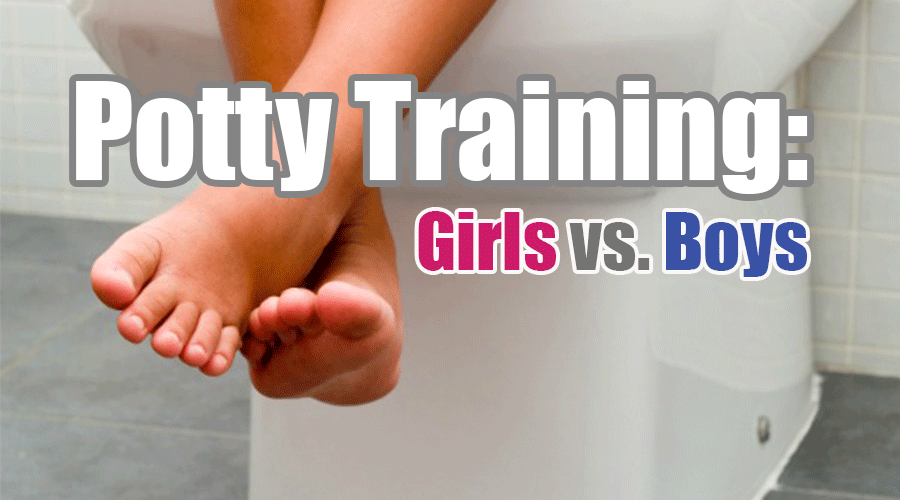 When it came time to potty training our son, everyone said that boys are so much harder than girls and that we shouldn’t expect him to pick it up as quickly as our daughter did. After potty training a girl and a boy, I can honestly say I don’t find that statement to be true. Whatsoever. In certain aspects of potty training, each of them did something better than the other and there were several areas that differed between the two which would make anyone’s potty training experience different from someone else’s experience.

My daughter is older and was potty trained at 26 months old when my son was just two months old. She was cloth diapered until we started the 3 day potty training method and we were determined to get her out of diapers. She seemed so old at just 26 months, compared to her newborn brother, and we KNEW she was ready to be potty trained. She did a great job, but it took her eight days before she was able to poop in the potty. It was a very long eight days, but since she was our first born, we didn’t know any better. She was staying dry through the night without a diaper or a pull-up before she was able to go number two in the potty. After those eight days, potty training was over!

Fast forward two years when my son was 2 and a half years old. He had also been cloth diapered for two years, but he ended up wearing disposable diapers for about six months until we decided to finally give potty training a go. Based on what everyone had said, my expectations were not high and I was honestly dreading the whole experience. However, having an older sister, my son was far more interested in the potty well before we started potty training. He got used to sitting on the potty and even using the potty just by watching his sister. Since we had such a good experience with the 3 day potty training method, we knew we would use it again. My son picked it up in just over two days, both number one and number two. We were shocked and couldn’t believe that he caught on so quickly, especially after what we had heard about boys. He did a good job at first staying dry at night, but he is a much deeper sleeper than his sister, so it took him a bit longer at night to stay dry. We were changing sheets more frequently than we did with my daughter. He still hasn’t worn pull-ups, but night time was a longer road than the day time.

Overall, every child is different. There are many different factors that play into how well or how quickly a child picks up potty training. Young toddler, older toddler, first child, second child, boy, girl, it doesn’t matter. Every child is unique and every child will get potty trained at some point. I’ve learned many things from our two different potty training experiences, but most importantly, don’t compare your child to another child.