My husband and I have moved between Orlando and Tampa four times, most recently moving back to Pinellas County 2 months ago. I’ve spent an equal amount of time living in each area, and consider them both home. This recent move, however, has caused more “culture shock” than I’d anticipated. After 8 years away, and with kids raised primarily in Orlando, the west coast feels unexpectedly foreign. Orlando and Tampa are so close (and yet so far) that a surprising number of people move between the two areas. In case that’s ever on your horizon, here’s what you need to know to prepare for the change.

Orlando:  Other moms look like they just came from 1) a night club, or 2) church. I really should try this heels-with-shorts thing, it looks pretty hot on other people.

Tampa Bay:  Other moms look like they just came from 1) the pages of a trendy magazine, or 2) the beach. I really should get over this aversion to having things between my toes. Flip flops look so comfy on other people.

Orlando:  Ladies be on Latin time. Invitation says 4:30. If you show up before 5:15, you’ll beat the birthday girl there.

Orlando:  Going to the parks means Disney & Universal – “mountain climbing” (Space Mountain, Thunder Mountain, Splash Mountain, Everest); Butterbeer and any-flavored jelly beans (I lost track of how many ear wax and earthworm flavored beans I horked into the bushes); and wishing upon a dream.

Tampa Bay:  Going to the parks means going to actual parks – climbing trees, catching your own seafood, and living a wild life among the wildlife (I can literally watch dolphins & manatees from my living room couch now).

Orlando:  Diversity abounds, English is rarely the only language being spoken in any room.

Tampa Bay:  Mostly white, mostly old, occasional Spanglish can be found…but only when you’re looking for it.

My children have seen a dramatic change in their school environments. As non-hispanic white kids in Orlando, they’ve never been in the ethnic majority at their schools before. My son’s new school has three times the percentage of white children in his grade (21% there, 66% here). But my daughter’s peer pool has changed most significantly. In her Orlando middle school, white students comprised just 2% of her peers. More than 99% of her classmates were on free & reduced lunch (there were a grand total of TWO students in 7th grade who paid full price for lunch; my daughter was one of them). In her new Pinellas County school, 75% of her classmates are white, with only a third of the class being on free & reduced lunch.

Outside the classroom, the changes are equally evident. The percentage of residents aged over 65 is twice as high in Pinellas County as it is in Orange County. Non-hispanic whites are a minority in Orange County but a 77% majority in Pinellas. I gotta say I prefer the amazing Technicolor world of Central Florida. The overwhelming “sameness” here in the bay area is making me itch. Any of you mamas that don’t look or think like me would be a welcome addition to my social circle…

Orlando:  Gluten free dining options in all parts of town for our daughter with Celiac Disease.

Orlando:  Traffic’s doing 35 in a 50 on OBT, or they’re missing their turn to Disney. Commuters want to avoid I-4 and pray they don’t get stuck on the Turnpike with nowhere to turn around.

Tampa Bay:  Traffic’s doing 50 in a 35, making me feel like a granny driver and making me miss my turn. Commuters want to avoid 19 and pray they don’t get stuck on a bridge with nowhere to turn around.

Orlando:  Our support system was vast, comprised of friends and our church family; the list of people authorized to pick up our kids from school & daycare was so long I had to attach an extra form.

Tampa Bay:  The list is 4 people long, and more than sufficient, because grandparents!

Getting – and staying – in the know

Orlando and Tampa Bay both have great moms and awesome kiddos; and I’m lucky have roots in both places. Even though we’re really “old friends come back again”, it’s still a major adjustment. As we explore our new neck of the woods, you can bet I get most of my information from Tampa Bay Moms Blog! Weekly events around town, local business highlights, and neighborhood groups are all ways my now-local blog is helping us to get plugged in quickly. I’m an OMB contributor and a TBMB reader, and proud to be both!

City Moms Blog Network covers the best cities in America, keeping moms connected in their communities and across this great nation. Remember to check out other City Moms Blog sites when relocating or even visiting on vacation. I’ve used CMBN sites in Austin, Dallas, Forth Worth, Burlington, and Boston while vacationing. It lets you think like a local mom to get the most out of whatever city you spend your precious time in. As for me, I identify as “local” in more than one city and am happy to do so, as long as there’s a City Moms Blog resource nearby.

Have you made the move down the I-4 corridor?  If so, what differences did you find? 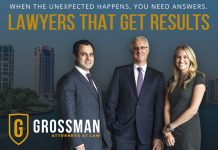 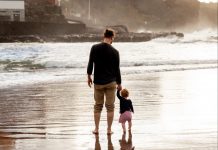 Facts Regarding Children Growing Up in Households Without a Biological Father