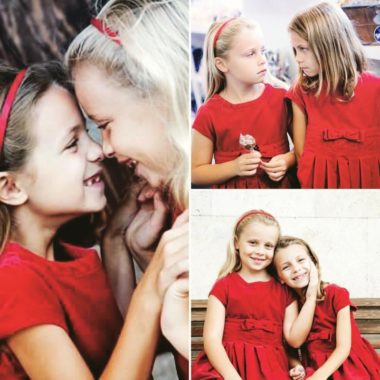 Please allow me to share some wisdom that I’ve gained over the years…  The best family traditions are those that just naturally evolve.

When my daughters were born, I had lots of ideas about traditions that I wanted to begin.  Some worked (celebrating our half birthdays), some fell flat (matching Christmas pajamas).  As time passed, I realized that our most meaningful family traditions could not be scripted; they just happened.

Here’s one of ours.

I have always been partial to little girls in red dresses at Christmas time.  My twin daughters were born in mid November and I have to confess that I was more than a little frazzled that first Christmas season.  My recollection of those days is a blur; just taking a shower was an accomplishment.  Sending Christmas cards that first year was … well … not in the cards.

When the girls turned one, we started our tradition of having professional photos taken every year near their birthday.  I always use one of those photos for our Christmas card.  On their first birthday, the girls were photographed wearing adorable smocked red dresses, and every year since, they have worn red dresses in their photos.  In 2009 when the girls were six, I bought their red dresses at Gymboree.  I liked those dresses so much that at the post-holiday clearance sale, I bought the next size up of the same dresses for them to wear in 2010.  And although unplanned at that moment, it was the start of a six-year run for those dresses.

Besides really liking that red dress, I loved the tradition that we created by having the girls photographed in the same dresses year after year.  In 2011, I searched for the dress on Ebay and it was surprisingly easy to find the next size up. Much to their annoyance at times, my girls have been photographed in the same dresses since 2009. Last Sunday was our annual photo shoot, and I reluctantly accepted that it was the last year for “the” red dresses. This was their second year wearing size 12 (as large as Gymboree goes) and I held my breath as I zipped them up. Here’s 2011, 2012, 2013, and this year – 2014.

It’s become sort of a joke in our house that the girls have their “red dress” photos taken as a favor to me.  After trying on their dresses before this year’s photo shoot, Elyse reluctantly admitted that she will miss wearing “the” red dress. However, she was not amused when I proposed having a seamstress let it out. Instead, she suggested that they wear green dresses starting in middle school.  “Something with a little lace,” she said. I have to mull that over. I’m not sure that I’m ready to let go of red and create a new tradition. I’m also not sure that I’m ready for middle school, either, but that’s a different post for another time.

I’d love to hear about traditions that just evolved in your family!

Editor’s update:
Since this was first published, two more photoshoots have been added to their album . Here are their photos! 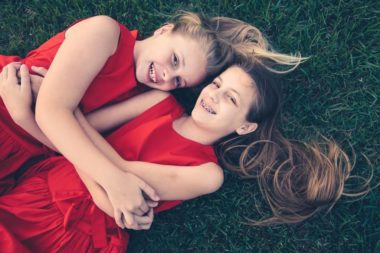 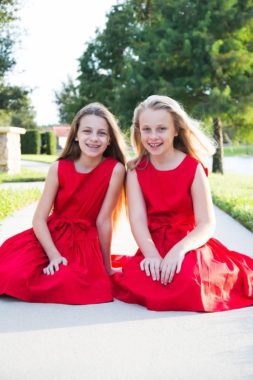 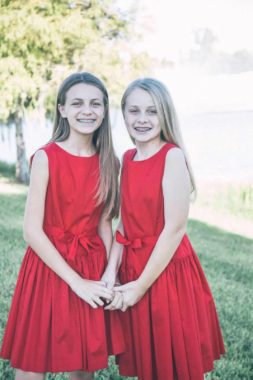 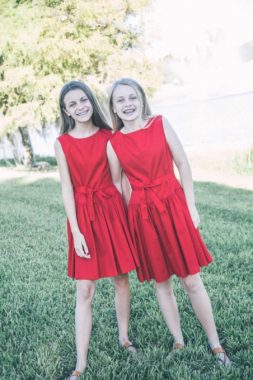 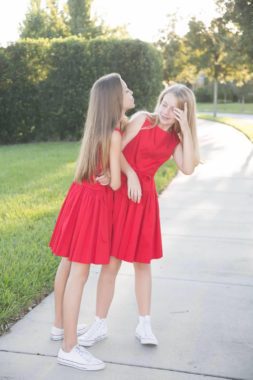 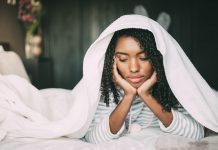 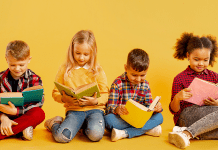 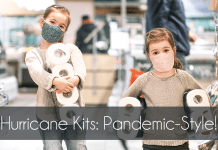 Caffie - July 13, 2020 0
Aquatica is one of our favorite spots to visit over the summer but this year because of Covid-19 things are different. The...