It became apparent on Christmas morning last year that something needed to change. We were definitely overdoing it.

The packages were beautiful, the tree was overflowing with gifts, and wrapping flew in all directions. Here’s the thing, though: my kids don’t want or need much. First, they’re really young (4 and 1 this Christmas). Second, we don’t watch cable so they have no idea what’s being advertised in children’s television commercials and they don’t yet have wishlists. And third, they’ve got a Nana who expresses love through gift-giving, so presents are a pretty normal thing in their world.

To be honest, Christmas had become more about mommy spending a little too much time on Amazon than anything very intentional. So to scale back, my husband and I decided that in our house:

And, apparently, keeping Christmas reasonable is something many of us are struggling with. A friend recently posted on Facebook that her kids are all out of space for toys, but would prefer gifts of outings and quality time spent together with relatives (imagine your relatives coming to grab the kids for a day at the zoo! Win for them, win for the kids, WIN FOR MOM!!) I’m totally on board with that plan.

I’ve also seen the approach explained on Momastery and all over Pinterest where kids pick: 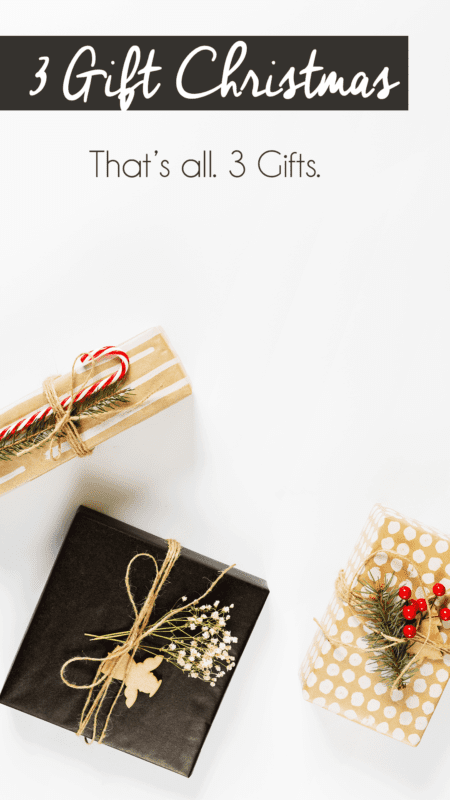 That’s a great guideline to help round out your shopping, but it didn’t do much for me. Instead, I’m drawn to the idea of the Three-Gift Christmas. The three-gift Christmas harkens back to the three gifts Jesus received from the Magi: gifts of gold, frankincense and myrrh.

Gold, of course, represents something of value. Something the kid really wants and will get excited about.

Frankincense was used in worship, so it’s a gift that benefits the child’s spiritual development. That could mean lots of different things, but think of Veggie Tales or Praise Baby DVDs, a kids’ nativity, or even an instrument and music lessons (the drummer boy banged out his worship, remember!)

Myrrh was medicinal or healing, so we’re getting them health insurance. Kidding! Myrrh is something for their body. Clothes, some kind of exercise activity, something to aid in self-care, whatever. Something that’s for their tiny little body as it grows.

For us, we’re approaching these as categories of gifts rather than specific numbers of gifts. Meaning that while I’ll try to stick with just 3 gifts, I reserve the right to create a Myrrh BASKET of gifts rather than one single item. We’ve also modified the three-gift Christmas idea by planning on one large gift for the kids to share (think Disney passes or a bounce house or a trip), and Santa will likely get credit for that one. And of course ridiculously awesome stockings full of cool stuff, as is the custom carried on from my childhood.

As an added benefit, our modified three-gift Christmas pairs nicely with the Dave Ramsey financial peace philosophy we try to uphold: if we can’t pay cash, we don’t buy it. No Christmas debt and regret come January.

So how is YOUR family handling to tendency to overdo Christmas? Would the three-gift Christmas work for you? Fill us in! 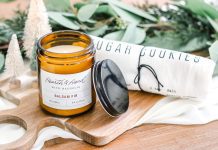