Even before moving to Orlando my family was theme park junkies. When we lived in Atlanta we had passes to Six Flags Over Georgia and went all the time. So when my family moved to Orlando one of the first things we did was get Annual Passes to Walt Disney World. We had been to the Magic Kingdom a few times before for single day, special occasion trips, but knew that there was a lot yet for us to explore. Pulling the trigger on those pricey passes was a no brainer.

The Most Magical Place on Earth 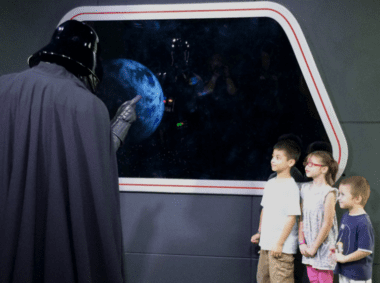 Over the next 12 months my family explored everything Disney by spending time in the parks at least one day each weekend, and sometimes two. We rope dropped (arrived before opening), took every mode of transport at the time (ferry, monorail, friendship boat, bus), and ate sooooo much food from carts and quick service to character meals and fine dining. We would give ourselves challenges like having a 4 park day, watching all the shows at Animal Kingdom, or eating our way around Epcot. We might as well of been Tim and Jenn Tracker.

While it was fun, towards the end of our passes the frequent trips to the most magical place on Earth started to wear on us. Our patience for waiting in line started to lessen, the kids’ meltdowns started earlier and got more intense from the constant sensory overload, and {to be honest} the cost of the passes, gas money, and miscellaneous treats and impromptu meals was getting extreme. 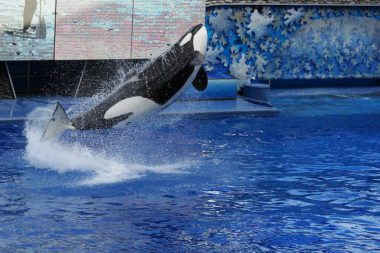 When our passes expired it was the start of the school year, and with my youngest starting Kindergarten I knew it was going to be a busy one so we told ourselves we were going to take a break. That lasted roughly a month before, on a whim, we headed to SeaWorld and bought 2 park passes for it and Aquatica (the water park).

SeaWorld was a breath of fresh air compared to the constant attack on the system of WDW. The park was peaceful to just walk around and they had amazing passholder perks {like free beer month and a passholder lounger}. We had learned our lesson after Disney and only went to the park 1-2 times a month – which we felt more comfortable doing because of the massive price difference – and never for two days in a row. The only time we considered pushing back against this was during their festivals and events because they typically only took place on the weekend and lasted for shorter stretches of time than Disney.

During the course of our year of SeaWorld passes we only made it to Aquatica. Partially because my youngest wanted nothing to do with water slides and partially because it reached capacity so early and so frequently. There was one time that we were all amped up to go, drove down, and sat on the off-ramp for at least 20 minutes before deciding to abandon ship and drive home to splash in our condo’s pool.

By the end of our passes again we were completely burnt out of making the trek down and it became more of a struggle to get the kids excited to go. It also didn’t help that there are a lot less rides and shows at SeaWorld. Again, when our passes expired we vowed to take a break – but this time we stuck to it.

The Wizarding World of Harry Potter – and Other Movies 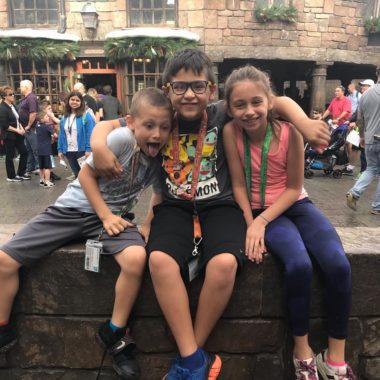 Those SeaWorld passes expired in August/September and we help out until Christmas before getting passes for Universal Studios. The excitement was really big around this one as our kids (for the first time) started to show interest in these parks because of Harry Potter, Minions, and Marvel – even though we are a DC family. The kids has been asking for passes for a while, but we kept telling them “No we aren’t getting any passes right now” only to surprise them on Christmas Eve with their present from us – Universal Annual Passes.

We spent the next 12 months trying to figure out the perfect strategy for doing the parks. We celebrated birthdays with trips to the park with friends, took full advantage of our Passholder discount at Cowfish, and checked heights EVERY TIME WE WENT until the kids were able to ride their dream rides.

As with Disney and SeaWorld though, the excitement started to fade. We had rode and seen everything we wanted to and our trips to the parks became less frequent…and shorter. This past week on our last family trip we planned on doing it BIG. We got to the parks early and planned to stay late, but after a Butterbeer and a few select rides we were tired of fighting the crowds and grabbed some VooDoo Doughnuts for home and left before noon.

I think, after trying all of the major Orlando parks, that after about month nine my family hits theme park burnout. We have seen all of the things, walked thousands of miles, and eaten quite a bit and are just tired and craving a day spent at home of doing something less touristy like going to our favorite dine in theatre (Aloma Cinema Grill for those of you interested).

Now I’m not saying that we will never get annual passes again to another park (Disney is next on the rotation), but I think this time we will take an even longer break. Does your family have annual passes to any of the parks? Have you ever noticed your family suffering from Theme Park Burnout? 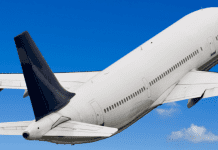 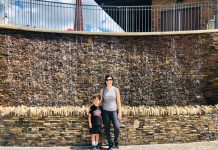 Disney Update: What’s It’s Like to Have a Disney Day Now 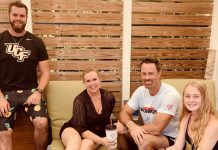