A “zero-sum” in game theory basically means that one person wins while one person loses. There’s no win-win or lose-lose, there’s only win-lose.

Today is one of my zero-sum days, where every point of progress as a mom comes with a loss. I’m hanging out at zero. I’ve been here for months now, in fact. 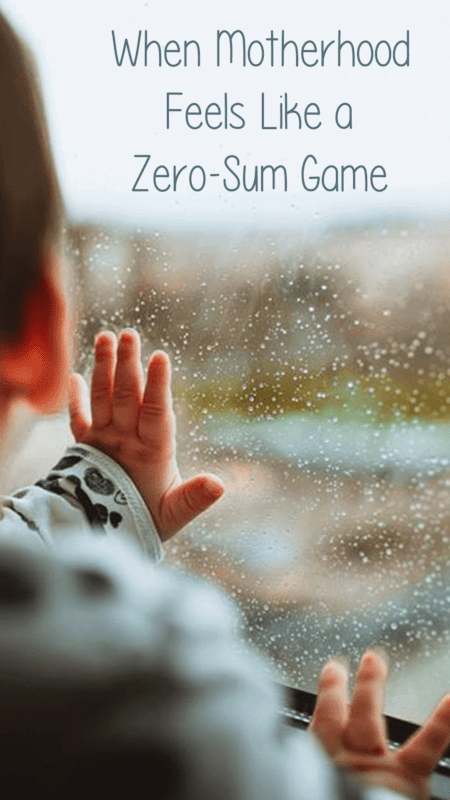 I wanted to write about zero-sum days in motherhood because I feel like we don’t give them the credit they deserve for being such a large part of motherhood (at least, they’ve been a huge part of my motherhood thus far).

We talk about the struggles, we champion the special moments, but we don’t talk enough about the middle stuff. We don’t talk about how repetitive each day can feel – sometimes, for weeks on end – and how discouraging it can feel to end each day without a sense of having accomplished a single thing.

It is hard to put so much work into simply staying where you are.

My Own Zero-Sum Game

This morning, I skipped the sippy cup, made him a bottle, warmed it up, gave it to Killian on the couch so that he could lay down, and when that didn’t work, I held him in my arms while he drank his bottle.

And I wish that I’d been told about these mornings before I became a mom, because they’re disheartening. I have worked with Killian for months on transitioning to a sippy cup, and I find myself still exactly where I was when we started.

My zero-sum day is the result of multiple areas of motherhood that I can’t tackle because each one is conditional on the success of the other. When I tackle one, it negatively impacts another.

Yes, Killian should have moved on from his bottle by now; but he needs to eat more in order to gain weight, he also needs to drink more to avoid constipation, and he rarely likes to eat or drink much of anything in the first place.

When I gain ground on any of these issues, I lose ground on another. If I focus on teaching him to use a sippy cup, he drinks less that day when he needs to drink more. If I focus on getting him to eat more that day, then we end up skipping the sippy cup lesson (falling back on the always-reliable bottle for another day.)

In every case, zero-sum kicks in and I’m left exactly where I started.

We’ve done this dance for two months now, and Killian and I right where we started. At this point, I’ve started entering The Danger Zone for any mom, and I’m wondering if I’m doing something wrong. And when I’m not wondering if I’m a bad mom, I’m wondering if my hard work even matters. What’s the point of researching “how to introduce a sippy cup” for days and weeks if I have nothing to show for any of it?

And just like that, the zero-sum days of motherhood have me questioning myself as a mom.

Sometimes, No Progress IS Progress

I don’t have a solution for my own zero-sum moment right now. I’m still in the process of tweaking this, removing that, all in an effort to figure out what magical combination will be the winner for Killian.

But I at least hope that sharing my own zero-sum moment can help remind another mom (maybe you!) that you’re not alone. Being a mom is a full-time job, but it doesn’t come with the tangible signs of success that a typical job does. There’s no sense of accomplishment from an empty inbox at work, there’s no congratulations from a boss after a completed project, there’s no promotion or raise, no fancy job title.

Sometimes, there’s simply doing the exact same things that you did yesterday, not knowing if what you’re doing even matters.

But I’m here to remind you that what you do does make a difference.

We might not see it now, we probably won’t see it tomorrow (I won’t, unless Killian finally poops today), but we have to believe in ourselves and our jobs as moms.

So, if you’re ever having one of those moments where your life has turned into the movie Groundhog Day and every single day is exactly the same, just remember: you are staying still right now because you’re setting up for the next big leap forward. Have faith in yourself, mama. You got this. 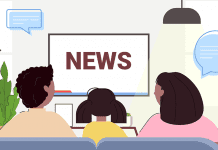