I don’t think I want a son. Coming to this realization is heartbreaking so please don’t think that I can make this statement without feeling some kind of sadness. My first and only daughter was planned and is adored, desired and needed in our lives. Raising a Black girl already comes with its challenges in that I have to work hard to let my daughter know that she matters. Despite the fact that many TV shows, books, magazines and even toys don’t feature kids that look like her, I have to continually let her know of her beauty and worth. I have to ignore the comments from those that say things like, “She’s so pretty for a Black girl.” and press forward. People tell me race doesn’t matter but as a Black person, I am reminded of it daily and I work hard to not allow my child to feel the strain and judgment that often comes with being the only person of color in a classroom, office or social group.

But what happens if I have son? How do I effectively raise a Black boy in America? Is there a book on this? Do I need to speak to other mothers raising Black boys? How do my husband and I teach our could be sons that despite how they carry themselves and how smart they are, they are still considered threats? We can enroll them in the best schools, ensure that they get plenty of creative outlets through music, sports and learning other languages. We can travel with them and expose them to various cultures, customs and people. We can make sure that they know their self-worth and help them discover their passions and talents. We can support their decisions, pray with them and for them and teach them the histories of their ancestors. We can do all of this but will it matter?

Racial injustices plague the streets of the United States and more often than not, Black people and Black children are the victims of these injustices. How do I teach my Black son that he’s different? How do I teach him kindness and perseverance when everything around him shows that those who like like him aren’t important? Does it make a difference if he goes to college? Does it matter that his Great-Grandfather was the first Black judge in South Florida after Reconstruction? Will he be less of a threat if he goes to a predominately White school or a predominately Black school? What if he doesn’t listen to hip hop? Will that remove the target from his back?

I ask these questions but I know the answers. I know that there isn’t one thing that I can do to prevent my could be son from being a target. I don’t think I’m ready to give the world a child that is at a lost the second he is born. My dream of being a married woman and a mother to a son and daughter may very well be a dream removed because I fear giving birth to a son. There isn’t enough that I can do to protect my could be Black son from the violence and judgment that could be potentially cast on him.

While I am weary about being the mother of a Black son, what I will do is love, support and pray for my friends raising Black boys. I will be an advocate for Black boys, motivate them and encourage them. I will remind them of their strength, their lineage of Kings and Queens and how they don’t have to give up because of what society says about them.

I may fear raising a Black boy but I will never stop believing in them and fighting for them. 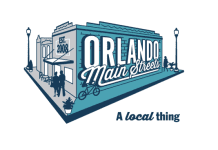 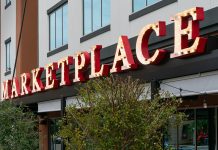 The Marketplace at Avalon Park