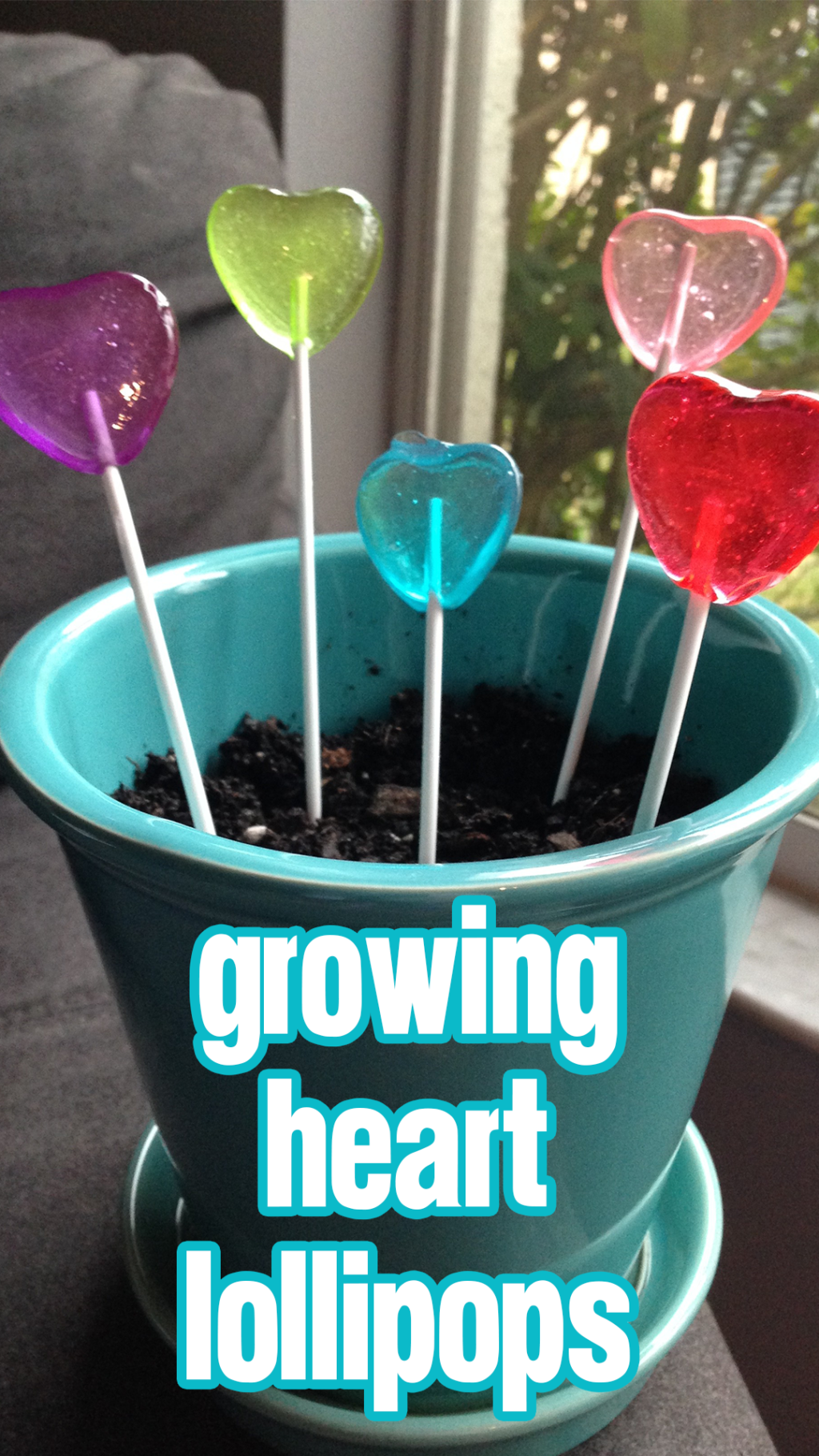 Here’s a Valentine’s Day activity that takes about 3 days, from start to finish. It’s Growing Heart Lollipops! When I first saw this project here, I knew this was a winner, as my little guy would think this was totally cool & magical. What kid wouldn’t, right?!?!

This is a great project that is easy on the wallet because most of us have many items needed already around the house. I found a small pot out in the garage and grabbed some potting soil. Honestly, if you don’t have any soil handy, you could probably use a small amount of dirt from outside.

What you want to do is tell you kiddo that you are planting “seeds” to grow Valentine’s lollipops. My little dude’s eyes lit up when I told him this! In my house, we are not huge fans of the conversation hearts (sorry!), so we, instead, found these cool Frozen themed jelly beans in the Valentine’s section at Target. They are all shiny & magical looking, so I think they worked out just as good.

We took the jelly beans out of the box & told him they were magic “seeds” that he had to plant. We made sure he pushed them all the way down into the dirt. Then, he poured a little water on top to help them to grow. The soil & planting seeds part is definitely a task to do outside, if weather permits, as it can be a bit messy.

The next day (day #2), when he came home from school, he saw this! A lollipop had sprouted!! He was amazed! It was so cool. He immediately asked if he could give it more water to help it keep growing.

I had found a pack of six heart-shaped lollipops in the Valentine’s section at Target for about $3. I used one of them and cut the stick off so I could push it down in the dirt to show it “growing”. That night, after bedtime, I took it out & threw it away.

Day #3, all of his lollipops had bloomed! What a sweet smile spread across his little face when he walked in the door and saw what he had grown. This was such a fun little project for all of us!

I am definitely thinking of doing the lollipop project again next year. Are there others Valentine’s Day projects that your family is a fan of doing together? I would love to hear about them in the comments below. Happy Valentine’s Day!! 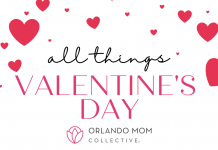