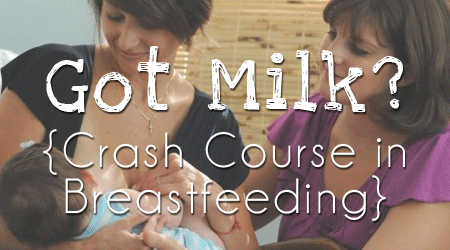 How I wish I was able to attend a breastfeeding course before I gave birth to my first baby. But, it didn’t work out that way. She was a preemie. Born five weeks early and weighing a whopping 4 pounds. I didn’t even get to hold her before she was wheeled off to the NICU.

Earlier that day, I had been diagnosed with gestational diabetes and was called in for a last minute appointment to see a high-risk doctor. The doctor checked my child for excessive weight gain via ultrasound, but was startled to discover her much smaller than average. After doing some measurements, he explained to me that the baby wasn’t growing, and if I didn’t give birth to her soon, she could die.

“You’re having this baby today,” he announced. “The hospital is across the street.”

After calling my husband with the news, I waddled over to the hospital and checked myself in.

A few hours later, my little miracle baby was born. Instantly, I earned a new name. Mama. A nurse asked if I wanted to breastfeed, so I decided to give it a try without instructions. Maybe the baby would know what to do, because I sure didn’t.

My baby shower wasn’t going to happen for another week. Attending a “Breastfeeding Tea” with a lactation consultant would have been a good idea, but now it was too late. It was so unlike me to have no baby items and little baby know-how. I was a planner and this was so unplanned.

My first try at breastfeeding was an epic fail. Not sure what the problem was, but baby got no milk. After that I was hooked up to what looked like an industrial-strength breast pump. I felt like a cow in a dairy farm. But, hey, it worked. Got milk for my baby.

For the next five days, I pumped, not knowing if my child would ever be able to breastfeed. I wanted her to grow, so I persevered. On the sixth day, I was about through with pumping. My baby had gained enough weight that she was about to be discharged from the hospital. I needed her to breastfeed because I didn’t want to pump anymore. It had become painful and had caused me to crack and bleed.

I’d try one more time then I didn’t know what I’d do. I didn’t want to quit, but if I had to continue pumping, I would try formula.

Maybe it was because she was bigger and stronger, but my last try at the hospital my baby girl latched on and got milk to her heart’s content. My child was growing and that was enough for me to keep going.

With the suggestion of my mama friends, I purchased lanolin to help me heal. Also, I found that all those advertisements in baby magazines promoted some great merchandise to make it all easier. Breast pads are a must, unless you want two wet stains on the front of your shirts. There’s nursing pillows, stools and the hilariously named “Udder Covers” cover-ups.

It took me awhile, but I finally got the hang of breastfeeding. Baby got milk, and I got the satisfaction of knowing she was being nourished with all the nutrients a growing baby needs.

True, taking a breastfeeding class would have been helpful, but between the help of friends and finding good nursing support products, it worked out all right. So, keep calm and nurse on! 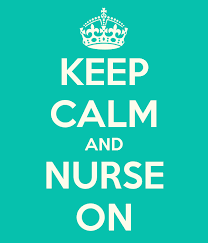 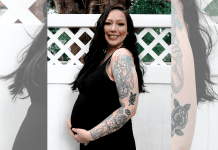 Having a Baby During COVID-19: Virtual Resources Keep You Connected at AdventHealth for Women 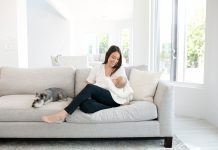 Tips for the Dairy, Soy and Egg-Free Breastfeeding Mom

Feeling so lonely even though I’m far from alone