Halloween 2005.  My twins were weeks shy of their first birthday.  I got to dress them as matching pumpkins, sit them in a pumpkin patch, and take all kinds of cute photos of them.  Like this one.

Halloween 2006.  The girls were not quite two and I was still in charge of choosing Halloween costumes.  We dressed them as cheerleaders, G for my husband’s Philadelphia Eagles, and E for my New Orleans Saints.

And moms, that was the last year that I got to choose their Halloween costumes.  I really thought I would have more than two years to play dress up with my babies. By the time they were three, they found their fashion voice (and not just for Halloween).  I have to admit that they have selected some cute costumes over the years; and while I may no longer choose their costumes, at least I’ve maintained veto power.  The most expensive Halloween costume that I’ve bought was probably the year G went as Dorothy from the Wizard of Oz, complete with ruby slippers and Toto in a basket.  Expensive, yes, but she was so adorable.  The least expensive year was when they emptied our  dress up trunk (a Rubbermaid bin with all sorts of costumes and dress up delights) on the playroom floor and selected costumes that we already owned.

After the two long-sleeved costumes pictured above, I have tried to steer the girls to short-sleeved or sleeveless costumes without multiple layers because it’s always hot and humid on Halloween.  In fact, I usually carry bug spray when we trick or treat.  E disregarded my advice in Kindergarten, selecting a long sleeve velour “Alex” (Witches of Waverly Place) costume.  That year they wore their costumes to school for a party.  She ditched it after school and went trick or treating that night in a costume she threw together (involving a leotard, a tutu and boots).

Speaking of throwing costumes together, for the last few years my daughters have created their own costumes.  We don’t actually make the costumes, we assemble them.  Two years ago they started off with nerd glasses, and they added tutus, fingerless gloves from another costume, crazy socks, suspenders, and voila – they were “ballerina nerds.”  We went to the Spirit Halloween store last weekend and they both selected minion hats.  They are putting together the rest of their costumes from things in their closets and using bits and pieces from old costumes.

Allow me to share a few suggestions from lessons I’ve learned over the years: 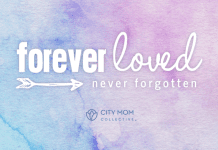 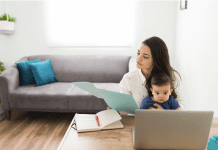 Estate Planning Made Easy: Trust and Will