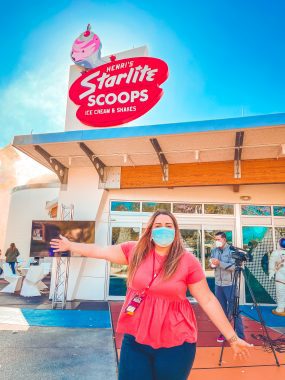 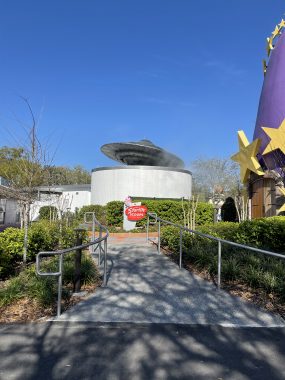 Greetings to Earth from the Grand Opening of Henri’s Starlite Scoops at Give Kids the World Village!!

On the 35th Anniversary of GKTWV Grand Opening, we were invited to view (and taste!) the out of this world concoctions available at their new accessible Henri’s Starlite Scoops Ice Cream Parlor! Named after Give Kids The World’s founder Henri Landwirth, this parlor walks you through the rich space coast history and emotional life story of the man who has changed over 176,000 children’s lives with his Heaven-on-Earth Village for the critically ill.

Landwirth was a Holocaust survivor, Army Veteran, and believer in ice cream for breakfast! His passion for the frosty treat, paired with his early beginnings: hosting NASA astronauts at his Starlite Motel, are what give us this fun and terrestrial theme!

CEO Pam Landwirth cut the grand ribbon at Henri’s Starlite Scoops alongside former astronaut Chris Ferguson, sponsors, and some of the GKTW kids that are the heart and soul of this Non Profit’s vision!

Central Florida is lucky to be home to such a sweet cause! 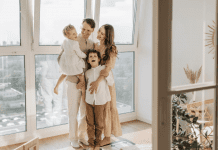