Growing up, I was terrified of being trapped in my bedroom by fire while my parents slept on the other side of our home because back then, home fire sprinklers weren’t a ‘thing’. Admittedly, I kept a small basket of dresses and my absolute favorite things by the bed that I could quickly grab in case of emergency. Thankfully, I never had to scoop up “Teddy” or my prized rainbow dress from that basket in the middle of a fire but, as I grew older I’ve always feared my children would have the same anxieties.

Your home should feel the safest from fire and I want my kids to know that they’ll always be protected in case of emergency but, more often than not – it’s the one place that we’re at greater risk! Did you know that “approximately 80 percent of all U.S. fire deaths occur in the home”, according to the NFPA®?

We spent 7 years in our last home and just recently moved. Every year we would ask our local fire department to come do a quick scan of our home to make sure our family was as safe as could be. They’d check smoke detectors, outlets, and even doorways! We trusted their knowledge and held to it every year to keep our babies safe in their home!

With the way homes are constructed today, a house fire now is more dangerous than it would have been 20 years ago. That was before many of us even owned a home, much less thought about living on our own or having children to protect. These days, newer homes are often built with more flammable materials and furnished with tons of pieces made from synthetics! The result? You have less than 3 minutes to escape your home with your children during a fire. Scary, right?!

Now that we’ve moved and are settling in to our new home, fire safety and home protection is a top priority for us in getting unpacked and situated! (Not to mention, installing a residential fire sprinkler system typically costs less than a granite counter top!) So, let’s talk about how to keep our littles and their home safe from fire and the benefits of installing home fire sprinklers!

Where can fire sprinklers be installed?

Sprinklers can be installed in both new and existing homes! Who knew?! I didn’t! I had always assumed that fire sprinklers were only for commercial and medical buildings!  They can make a life-saving difference in the event of a fire.

Why should I install fire sprinklers in my home?

Even with the data supporting life changing effects of installing home fire sprinkles, there are tons of myths about them. Before believing the hear say, let me fill you in on a few of those myths and their factual counterparts:

MYTH: “When a fire occurs, every sprinkler will activate and everything in the house will be ruined.”

FACT: In the event of a fire, typically only the sprinkler closest to the fire will activate, spraying water directly on the fire, leaving the rest of the house dry and secure. Roughly 89% of the time just one sprinkler operates.

FACT: New home fire sprinkler models can be mounted flush with walls or ceilings, and can be concealed behind decorative covers.

MYTH: “The water damage caused by sprinklers will be more extensive than fire damage.”

FACT: Any water damage from the sprinkler will be much less severe than the damage caused by water from firefighting hose lines. Fire departments use up to 10 times as much water to put out a home fire as fire sprinklers would use to extinguish the same fire.

Rest at ease and give yourself peace of mind by installing home fire sprinklers! 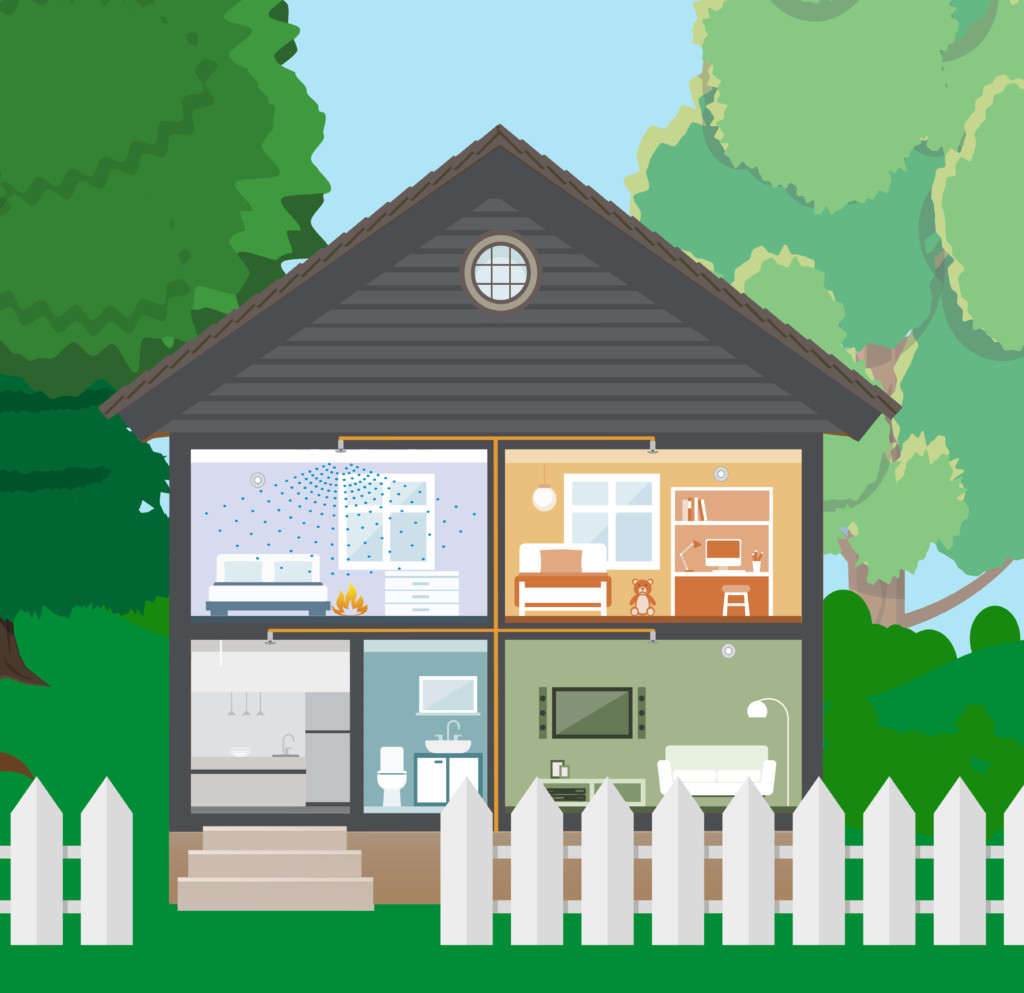